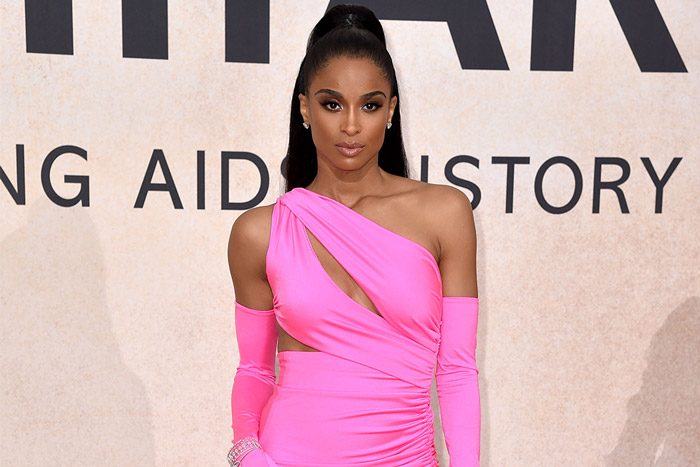 Ciara is giving fans a taste of her new single “J.U.M.P.” with a dance video. In the clip, which she shared on Instagram, the Sports Illustrated cover star pulls up to a gas station in a Ford Bronco with her girls and proceeds to throw a dance party while twerking to the new jam.

“I know what you want from me / If you wanna have fun with me / Wanna be on the winning team,” she sings while shaking her booty through the sunroof, wearing tie-dye shorts and a blue Kangol hat.

The Bronco symbolism was not lost as Ciara’s husband, Russell Wilson, was recently traded to the Denver Broncos by the Seattle Seahawks.

“Its time to pull up and make that thang J.U.M.P,” Ciara captioned her post, while her husband commented with flame emojis.

She recently shot an official video for “J.U.M.P.” with director Dave Meyers. The song is slated to appear on her upcoming album, her first in three years, which is done.

“I’m working on my album, I’m actually finished with my album, which I’m excited about,” she told The Associated Press.