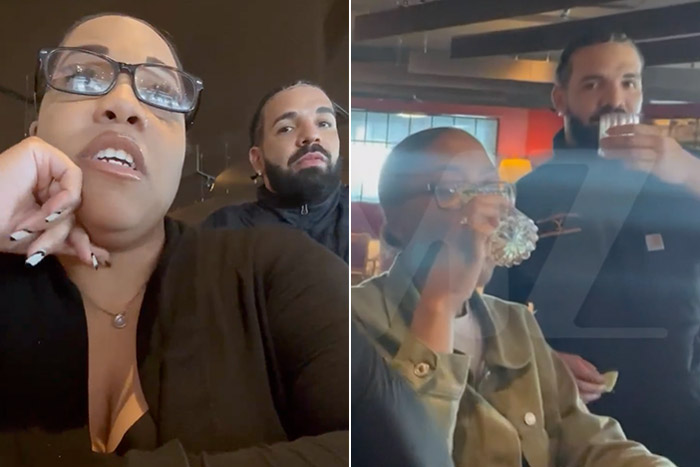 Drake got a proper welcome when he visited Detroit.

The rapper stopped by Joe Muer Seafood where he ran into two fans who invited him to take shots with them at the bar.

Brittney Keara, who filmed the interaction, asked Drake for his choice of drink. She said she was a “whiskey type of girl,” to which Drake responded, “Oh no, I need tequila.” When she suggested Casamigos, he opted for something a little pricier, Don Julio 1942.

They then toasted as Brittney welcomed the 6 God to her city. “Appreciate you. Welcome to the D!” she said.

After the video went viral, Brittney spoke to TMZ about her surprise run-in with Drizzy. She said that she and her friend were enjoying happy hour when Drizzy walked in with a couple of bodyguards. He initially turned down Brittney’s drink offer, saying he was heading to the airport for a flight, but he ended up coming back to the bar and taking shots with them.

Brittney ordered a shot of Jack Daniel’s, but Drake upgraded her to Johnny Walker. He ended up picking up the tab and Brittney says he couldn’t have been nicer.

Brittney’s friend played it cool, but she later admitted to being a Drake super-fan. “I’m legit screaming cause i love that man and idk how she kept her composure I’m sucha fan girl for him,” she tweeted.