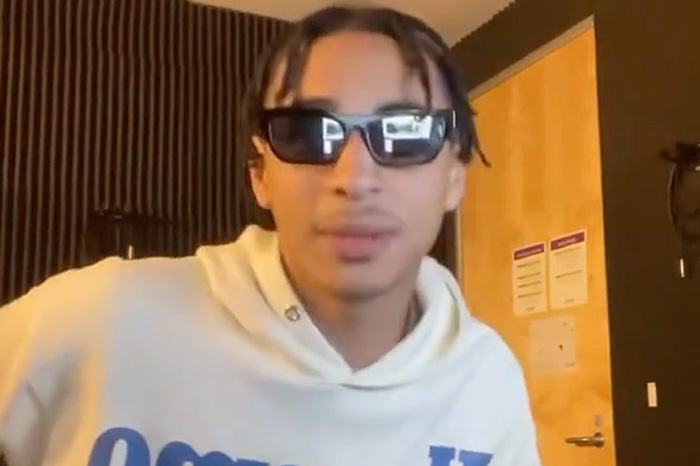 Solange’s son is living out his musical dreams.

Daniel Julez Smith has been spending time in the studio and appears to be pursuing a rap career. The 17-year-old put his flow on display in a TikTok video, which finds him rapping about “packing heat” and even shouting out Future.

“I’m trying to feed the game to ni**as, but they always think it’s sweet / Just like Future said a while ago, the feds just did a sweep,” he raps over a drill beat in the clip.

But when your mother is Solange and your aunt and uncle are Beyoncé and JAY-Z, you have big shoes to fill. Social media was quick to remind Julez of his musical lineage.

“the music genes really wasnt passed down,” commented one user, while another added, “how do u have solange as a mother and beyonce and jay-z as aunt and uncle and u come up with this.”

how do u have solange as a mother and beyonce and jay-z as aunt and uncle and u come up with this https://t.co/R3WxuNyOri

It’s unclear if Julez is planning to release more music or if he’s just testing the waters. If music doesn’t work out, Julez may have a career in basketball. He attends the TJ Ford Basketball Academy and regularly shows off his impressive hoop skills on TikTok.

“Look How Big My Baby Got!”