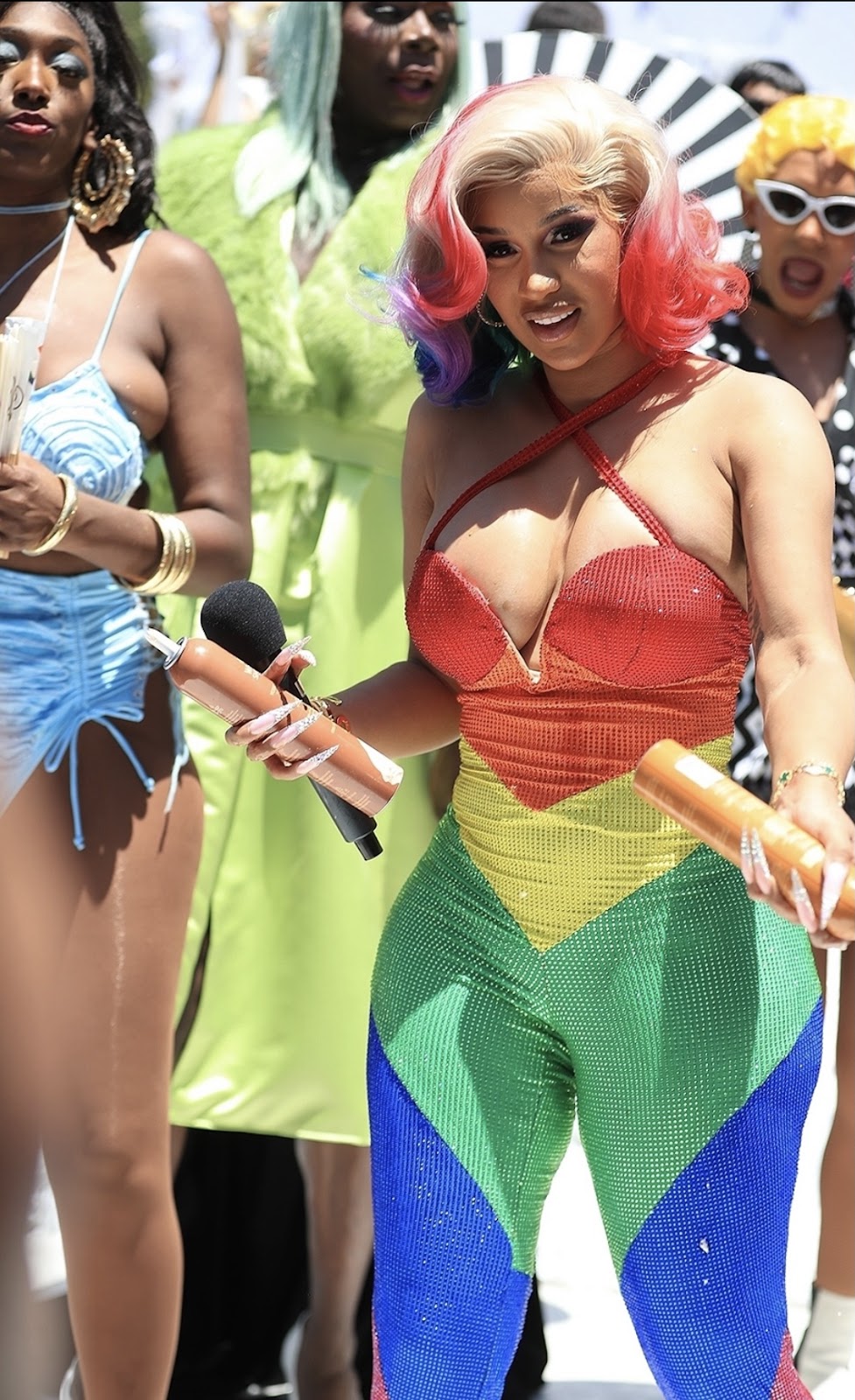 Cardi B, Janelle Monae and More, Show their Pride at The LA Pride Parade

On Sunday, the Stars all aligned to celebrate this years Pride, in the West Hollywood Gay Pride Parade in Los Angeles, Califonia. Cardi B. and Janelle Monae are some of the celebs who participated and they definitely understood the assignment.  Cardi came through and bought the party sporting a rainbow corset jumpsuit and rainbow hair all while spraying shots of her alcohol infused Whip Shots whip cream from a float to very excited fans.  Cardi has supported the LBGTQ community speaking out publicly to express her support for equality and gay rights. “Every bad b**** have a gay best friend or gay best friend cousin ……If you homophobic you just ugly,” she tweeted on Jan. 4, shortly after she officiated Raven-Symone’s wedding to wife Miranda Maday.

Janelle Monea the Grand Marshal of the Parade showed up and showed out wearing a risque black and white include that included silver nipple covers and a black policemans hat while holding a rainbow fan.  Monea came out as nonbinary in April while appearing on Red Table Talk with Jada Pinkett Smith.  Stating “I Feel   like God is so much bigger than the “he” or the “she.” And if I am from God, I am everything. I am everything. But I will always, always stand with women. I will always stand with Black women. But I just see everything that I am. Beyond the binary,’ she added.  City of West Hollywood named Janelle Grand Marshal icon of the inaugural WeHo Pride Parade along with Jojo Wiwa