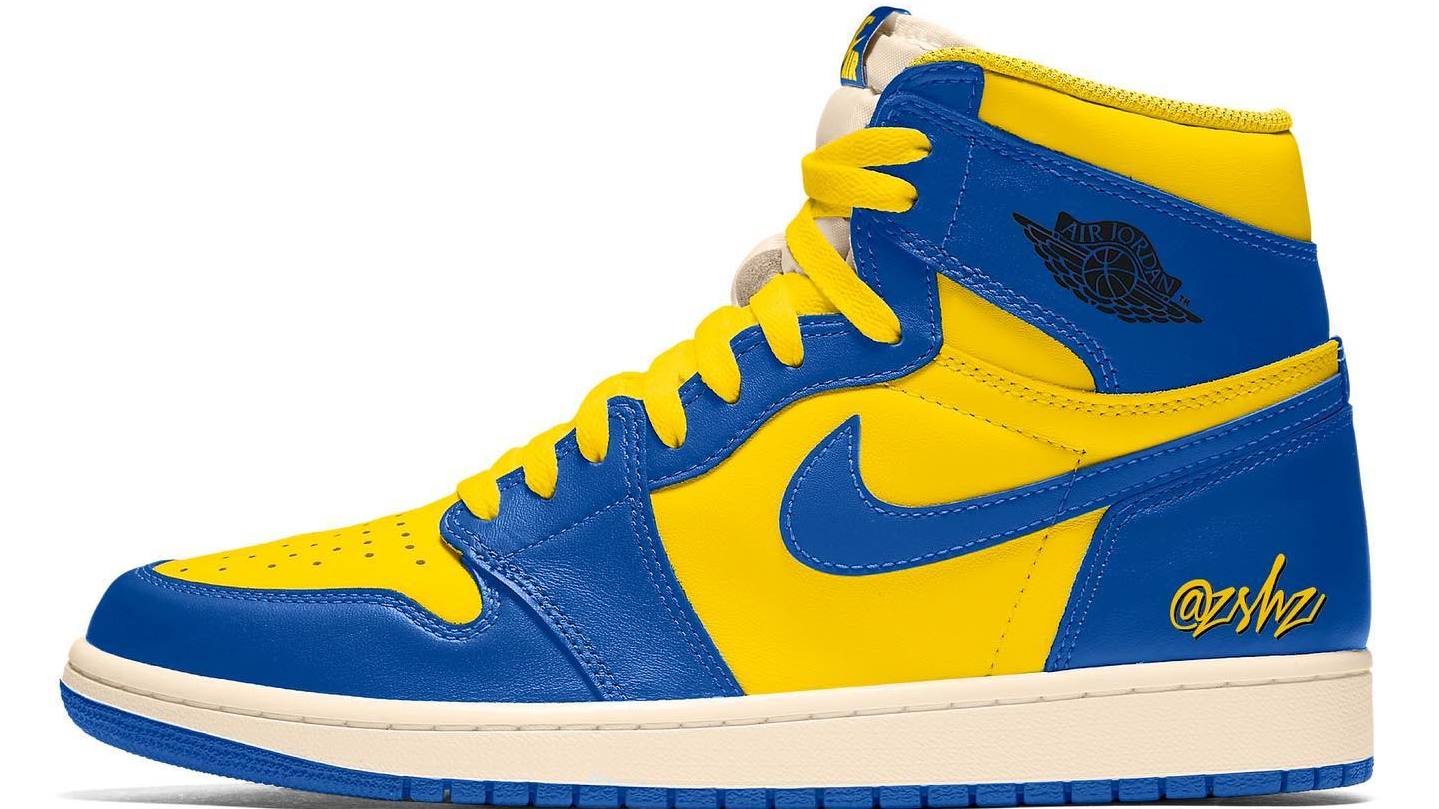 It appears that Jordan Brand will once again reference Michael Jordan’s time at Laney High School with this new Air Jordan 1 colorway that’s coming next year.

Per @zSneakerheadz on Instagram, a women’s exclusive “Laney” Air Jordan 1 High colorway will hit stores in February 2023. Given its far out release date, images of the purported style have yet to appear but the trusted leaker account has shared a mock-up depiction of what to expect. The shoe wears a two-tone blue and yellow upper that’s inspired by the team colors of the high school, with sail accents on the tongue and midsole. Wrapping things up is a solid blue outsole underneath.

Jordan attended Laney High School from 1977 to 1981 and as the story goes, he didn’t make the varsity roster during his sophomore season. A Laney-inspired Air Jordan 1 High was released in 2019 but featured a reverse color blocking on the upper.

As of now, the women’s exclusive “Laney” Air Jordan 1 High is expected to release sometime in February 2023 for $180. Check back soon to Sole Collector for official updates including a first look in the coming months.