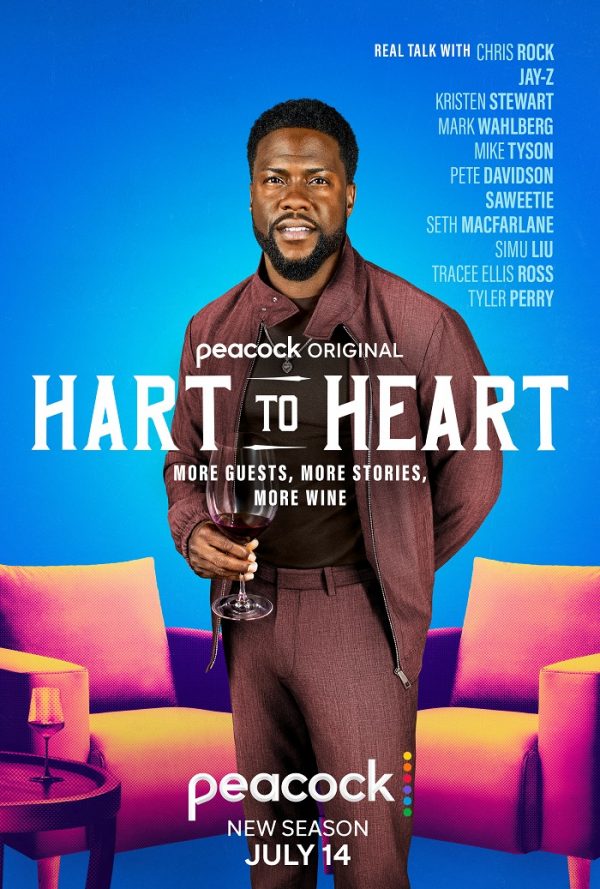 HART TO HEART will return for a second season on Thursday, July 14th, with new one-hour episodes airing weekly, according to Peacock.

Hart gets down with guests ranging from singers to A-list actors who are leaders and legends in their fields in season 2 of HART TO HEART. The one-hour uncorked interviews take place in Hart’s wine cellar, where Hart and his guests have unedited dialogues that are enlightening, insightful, and amusing. This season, Hart will be joined by JAY-Z, Chris Rock, Saweetie, Tracee Ellis Ross, Mike Tyson, Mark Wahlberg, Kristen Stewart, Tyler Perry, Pete Davidson, Seth McFarlane, and Simu Liu.

“After an incredible first season of HART TO HEART, I couldn’t wait to get back in the chair to have more raw and hilarious conversations with some of the best in the business,” says Kevin Hart. “There is something special about sitting down with a glass of wine, it brings out honesty and hilarity in guests and delivers real conversations that you won’t get anywhere else.”

Kevin Hart, Jeff Clanagan, Candice Wilson Cherry, Thai Randolph, and Todd Yasui will serve as executive producers for HART TO HEART. All of the episodes are directed by Leslie Small.