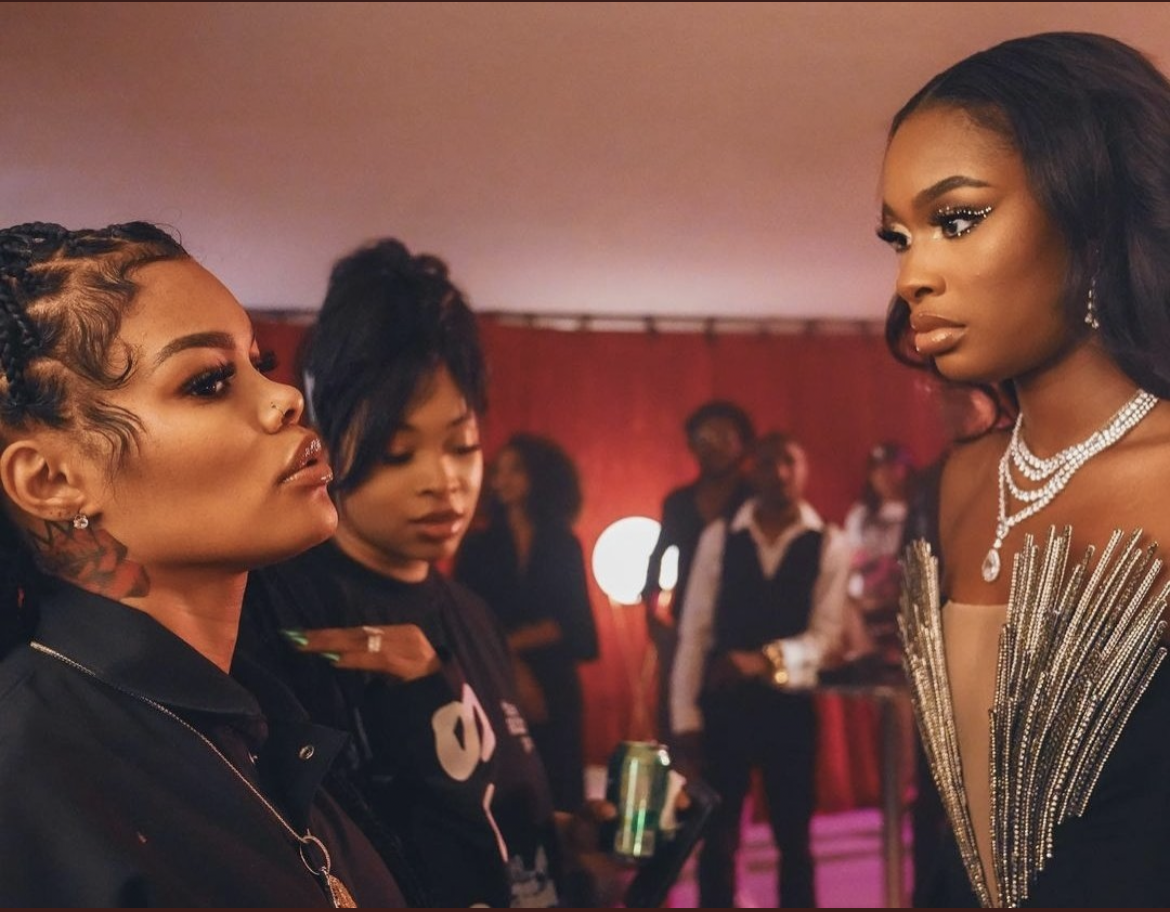 Following her highly coveted role as the New Hilary Banks, in ‘Bel Air” Coco Jones teams up with Teyana Taylor to direct the music video for the first track from Coco’s forthcoming debut EP, set for release later this year.  On Tuesday, Coco and Teyana treated fans to the official video directed by “Spike Tey” through her  production company “The Aunties” her all female production company that has produced many music videos and ad campaigns.

The video shows Jones at a futuristic party where attendees wear special contact lenses that indicate if they are a romantic match for each other. “With the release of ‘Caliber,’ I finally feel like I’m able to articulate the core of who I am,” said Jones in a statement. “My music is a love letter to my journey, and who I’ve become. With the team behind me, there’s nowhere to go but up.” Jones has been creating music for years, working in the studio with Grammy-winning producers including Rodney “Darkchild” Jerkins, Bryan-Michael Cox and Eric Hudson.  In the first Instagram post since her brothers death, and will be starting the second leg of her”The Last Rose Petal…Farewell Tour this month,  Taylor posted visuals and shots of the product with ahe caption that read “Get on my caliberrrrrr 🖤🖤🖤 @cocojones you are amazing & it was a pleasure working with you. Keep shining mama! CALIBER by @cocojones OUT NOW EVERYWHERE!! ✨Shoutout to da village cause you know it takes one!”  Check out a snippet of the video below.