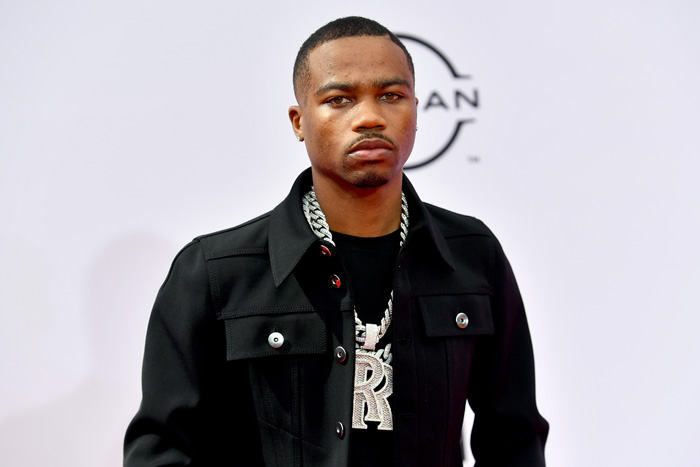 Roddy Ricch was arrested on weapons charges Saturday in Queens, New York, just hours before he was set to take the stage at the Governors Ball.

The “Box” rapper and two other men were en route to the festival when police stopped their vehicle at a security checkpoint around 6:30 p.m. After searching the car, police found a loaded firearm, nine rounds of ammo, and a large capacity magazine, reports TMZ.

Roddy—whose real name is Rodrick Moore—and two associates, driver Carlos Collins and bodyguard Michael Figueroa, were charged with four counts, including criminal possession of a weapon, possession of a large capacity ammo feeding device, and unlawful possession of that device.

Fans were informed that Roddy wouldn’t be performing 45 minutes after his scheduled 6:30 p.m. slot when he was a no-show onstage. Amid rumors of his arrest, the festival tweeted, “Unfortunately Roddy Ricch is no longer performing today.”

As of Sunday morning, Roddy remains in custody at Queens Central Booking awaiting arraignment on the charges.

The Governors Ball has been plagued by issues. Migos dropped out earlier this week and Lil Wayne was supposed to replace the group as a headliner, but he canceled just before his Friday night set due to a “flight disruption.” A$AP Ferg performed in his place.

Kyla Imani Named the LAAMP Artist of the Year