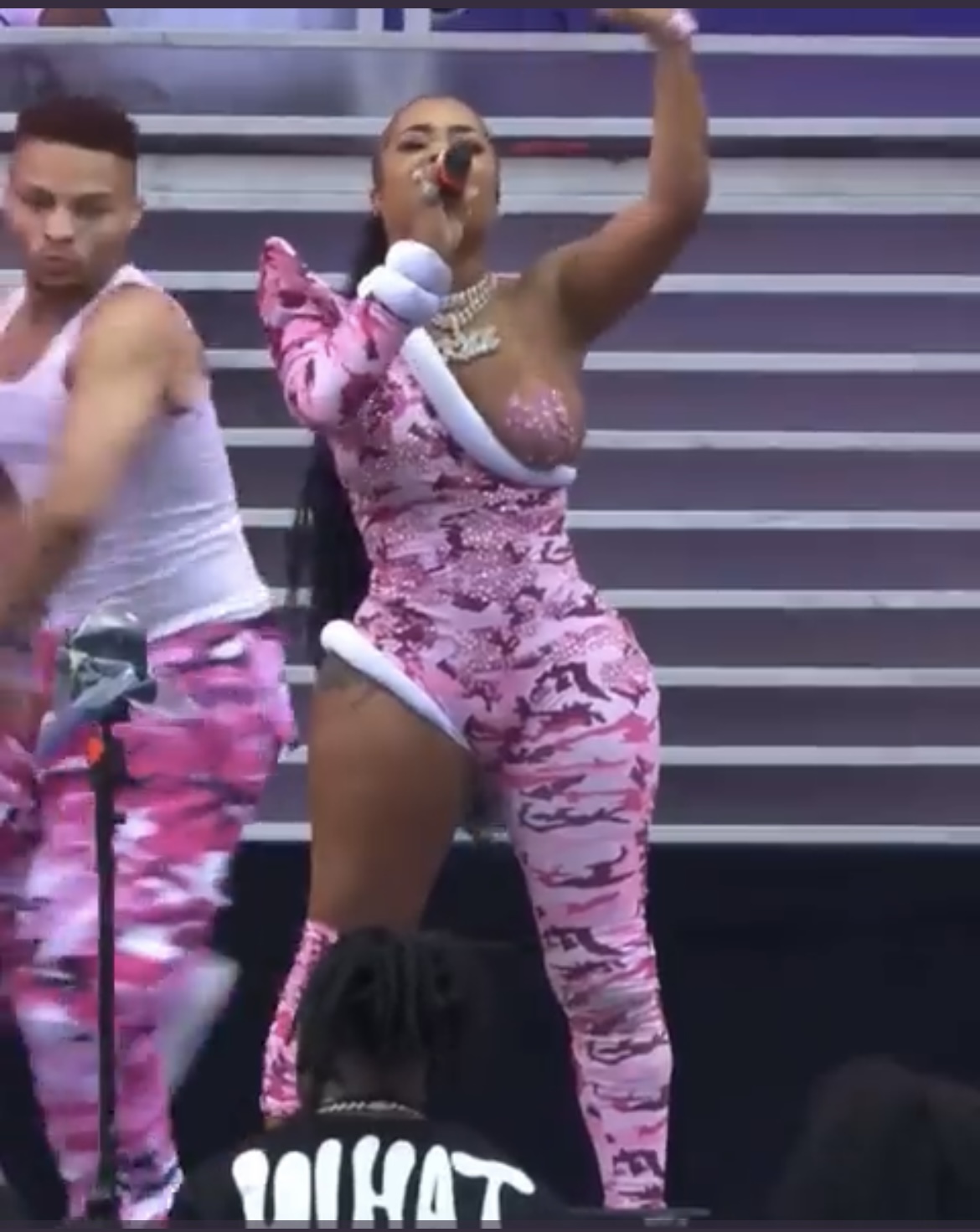 Dream Doll took the stage at Hot 97’s Summer Jam Sunday night in an outfit that resembled an iconic look that was all too familiar. The ‘Ice Cream Dream’ rapper payed homage to the Queen Bee by recreating the one sleeved jumpsuit she wore to the 1999 MTV Music Awards, which exposed one breast and that Diana Ross most famously jiggled while they were onstage presenting an award.  The look, created by Stylist/Designer extraordinaire Misa Hylton, was made of a lilac fabric with silver and purple seashells embroidered throughout, which famously exposed one breast covering Kim’s nipple with a seashell pasty. Dream Doll recreates and updates the same look using camouflage and sparkles on both the jumpsuit and on the one exposed breast.  In a past interview with “Pop Sugar” Misa shared where she got the inspiration for the look.   “Missy Elliott actually inspired the look,” Misa said. “We were hanging out one weekend and we were talking about fashion and Lil’ Kim, and she said, ‘You know what? If I was Kim, I would just say f*ck it and I would have one titty out.’ Because Kim could do some crazy sh*t like that. So I just said, wow, that would be kind of hot. So I saved the idea, and the next big event we had was the 1999 MTV Music Awards.”  Today, the iconic purple pasty jumpsuit for Lil Kim is archived in a secret location.

Key Glock Releases Video for “No Choice” From ‘Yellow Tape 2’

[WATCH] One of R. Kelly’s Victims Calls for Life Sentence: “Put Him Under the Jail”