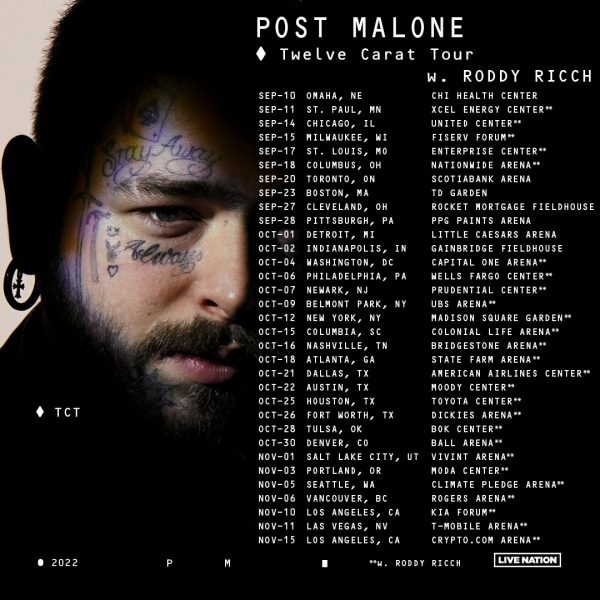 Posty is gearing up to head to a city near you. The Twelve Carat Tour, a lengthy 33-city trek through North America with special guest Roddy Ricch, has been announced by Post Malone.

The Live Nation-produced tour begins on September 10 at the CHI Health Center in Omaha, Nebraska, and travels to Boston, Philadelphia, New York, Dallas, Atlanta, Vancouver, and more before coming to an end on November 15 at the Crypto.com Arena in Los Angeles, California.

Twelve Carat Toothache, Post’s eagerly awaited fourth full-length and one of the most anticipated albums of 2022, was recently released. The Weeknd, Doja Cat, Fleet Foxes, Gunna, and The KID LAROI are among the artists who appear on the album.

You can see the dates for the tour below. Tickets go on sale starting Friday, June 17th at 10am local time on livenation.com.