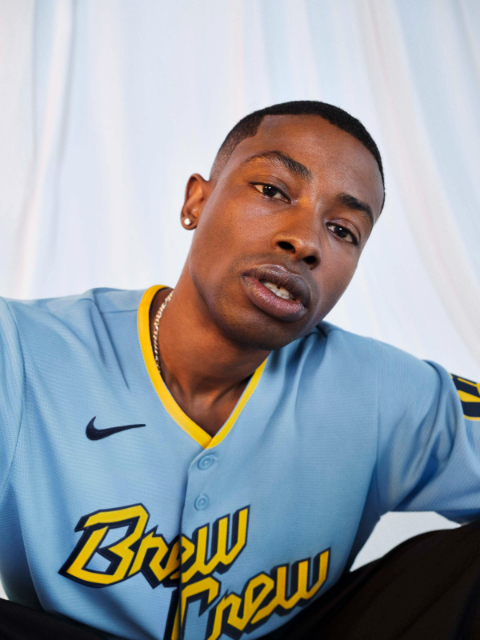 The Milwaukee Brewers is the next baseball team featured in the 2022 Nike MLB City Connect Series. The team nickname “Brew Crew” is prominently embroidered across the breast as a salute to Milwaukee’s rich sports tradition and enthusiastic fans. Milwaukee’s colorful past, present, and future are represented in this reinvented jersey, with new typography juxtaposing the city’s industrial background with a modern touch. Inspired by summers on Lake Michigan, the new jersey design will debut on the pitch next week, on June 24.

The Nike MLB City Connect Series celebrates each club’s personality, traditions, and values that bring its fans together. Each design pays homage to the club’s rich history while also pushing the boundaries of what a baseball uniform may be. The series’ purpose is to re-energize longtime fans while attracting new ones to the game.

The Nike Milwaukee Brewers City Connect Jersey honors the unmistakable relationship between a passionate crowd and their club, the Brew Crew. The Brew Crew chest logo has a bespoke typeface that pays homage to Milwaukee’s industrial background while also including a modern touch that reflects the city’s current revival. A stylized grill patch on the right sleeve is the final homage to Brewers fans, a nod to the city’s love of outdoor cooking and summer life. Milwaukee’s 414 area code and MKE airport acronym are among the many tributes on the jersey.

On June 24, the Nike Milwaukee Brewers City Connect Jersey will debut on the field. The powder blue base color of the jersey is an homage to legendary Brewers’ unis from the past and a reflection of summer days in Milwaukee. Summer in the Cream City is symbolized by yellow, while navy trims signify the brand and their beloved Lake Michigan. The Brewers City Connect color scheme is a tribute to Milwaukee’s People’s Flag, a beloved emblem of the city.