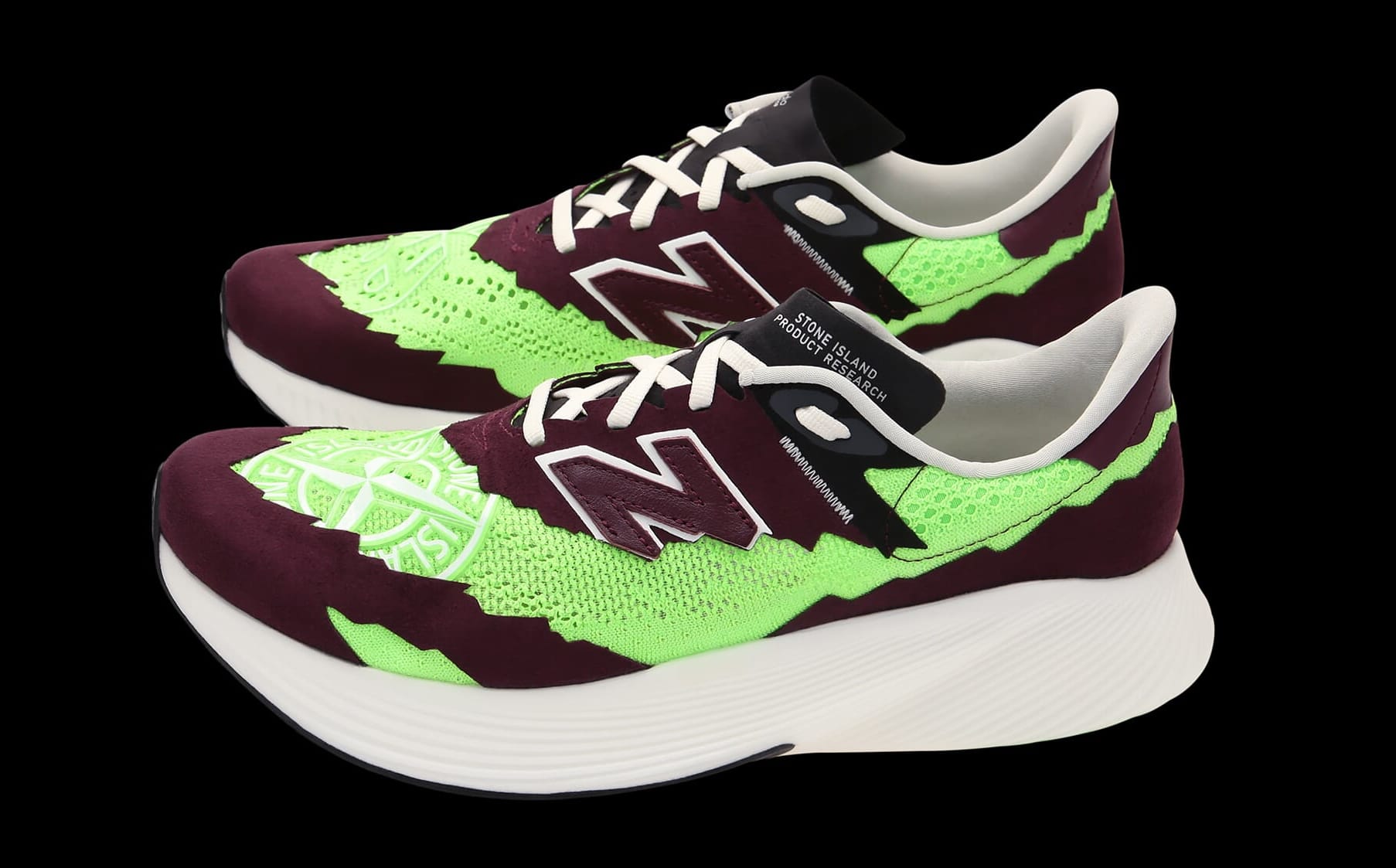 On the heels of a huge year in 2020 energized by a number of well-received collaborations, New Balance announced today a new long-term partnership with Italian luxury sportswear brand Stone Island.

The collaboration includes product debuting later this year, although it hasn’t been confirmed what models will be featured. According to a press release, footwear will be released in different waves during the next few years.

Chris Davis, chief marketing officer at New Balance, says the collaboration is rooted in performance innovation and emphasizes premium quality. “Both New Balance and Stone Island are independently minded brands with strong aptitudes for calculated risk taking,” Davis said. “We both pride ourselves on having our fingers on the pulse of culture, elevating our rich heritage and creating authentic brand experiences for our global consumers. We look forward to pushing the boundaries and experimenting with design.”

“To exchange concepts and ideas by opening doors to each other’s R&D teams, with the aim to create great sound product, is exciting and the greatest message we can jointly convey to our audiences,” adds Carlo Rivetti, Stone Island president and creative director.

This isn’t the first time the two entities have teamed up. In 2013, Stone Island and New Balance released two collaborative colorways of the 577 model.

Check back soon for updates on what to expect from the Stone Island x New Balance collaboration.

UPDATE (09/28/21): After weeks of teasers, Stone Island and New Balance have officially unveiled their first sneaker collab, the RC Elite_SI. The luxury sportswear brand reinterprets the RC ELITE racing shoe by giving the 3D knit upper a stripped-down look, which reveals each brand’s logos at the toebox underneath the overlays on each shoe. This collab still maintains its performance elements with a carbon fiber plate embedded in the FuelCell midsole for energy return. The Stone Island x New Balance RC Elite_SI will be available starting Oct. 7 at select Stone Island flagship stores before it arrives at Stoneisland.com on Oct. 12. In Mainland China, the collab will release via the Stone Island WeChat Store starting on Oct. 13.

UPDATE (10/20/21): New Balance confirms that its Stone Island x RC Elite_SI collaboration will be released again globally on Oct. 23 for a retail price of $220. It will be available once more from Stoneisland.com as well as Newbalance.com, New Balance T-House in Tokyo, and other select stores.

UPDATE (06/27/22): After making its debut last year, Stone Island and New Balance have confirmed that two new colorways of their RC Elite V2_SI collab, shown above, are releasing on Thursday, June 30 exclusively at Stoneisland.com and at Stone Island stores. A wider release of the shoes will arrive on July 5 at Newbalance.com and at New Balance retailers.