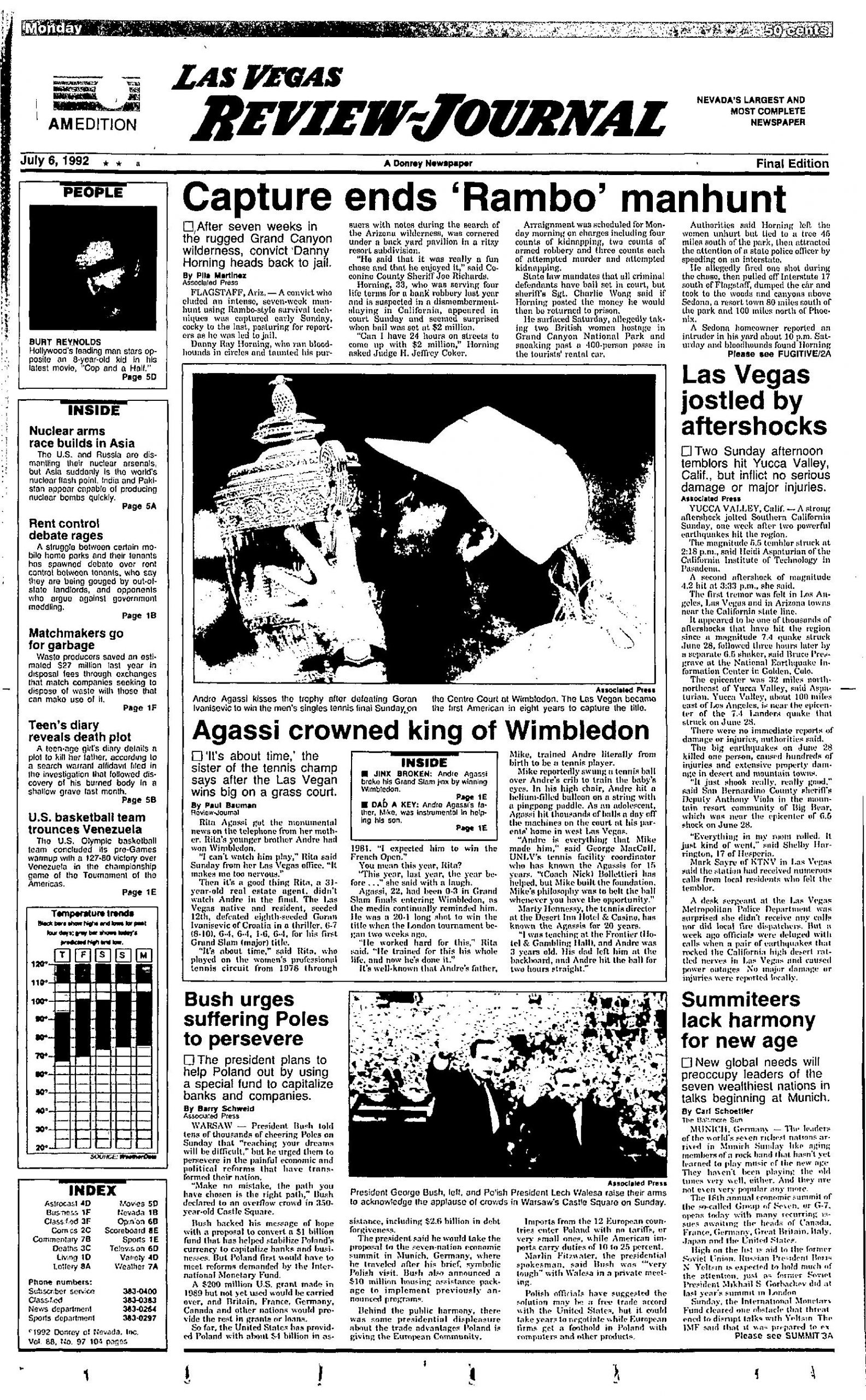 “Agassi, 22, had been 0-3 in Grand Slam finals entering Wimbledon, as the media continually reminded him,” we wrote. “He was a 20-1 long shot to win the title when the London tournament began two weeks ago.”

The 12th-seeded Agassi defeated eighth-seeded Goran Ivanisevic in five sets. He would go on to win seven more major titles as well as an Olympic gold medal.

Agassi, who retired in 2006 with eight career Grand Slam titles, lost in the 1999 Wimbledon final to Pete Sampras. He spent 101 weeks as the No. 1 player in the world. His skills on the court have earned him a net worth of $145 million.

Agassi is married to tennis great Steffi Graf, who retired in 1999 with 22 major titles, including seven Wimbledon crowns.

Agass is well-known for his educational philanthropy. He now focuses his attention on his Andre Agassi Foundation for Education, which he opened in his hometown in 1994.

— Chris Lawrence contributed to this report.