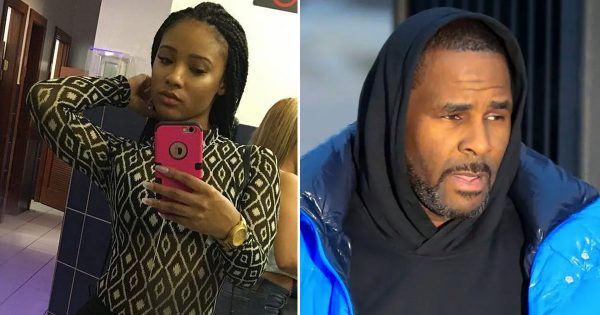 This month, singer R. Kelly was sentenced to 30 years in prison on sex trafficking charges and still has more charges pending. The parents of his girlfriend, Joycelyn Savage, released a statement hoping the harsh sentencing meant their estranged daughter would return home.

Now Joycelyn reveals that she and and R. Kelly are engaged.
In a letter written to the judge ahead of R. Kelly’s sentencing, obtained by AllHipHop , Joycelyn Savage identifies herself as Robert Kelly’s fiancée.
In her plea for leniency Joycelyn insists she has wrongly been portrayed as a victim by the government and that R. Kelly is the best thing that’s ever happened to her.