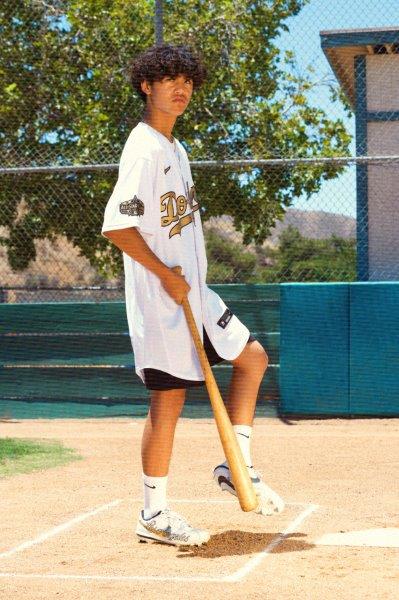 Nike is working with a diverse group of league, retail, and community partners during MLB All-Star week to improve the equity, accessibility, and enjoyment of diamond sports for Black and Latina females and all young people in LA.

A Project Play report from the Aspen Institute found that since 2020, girls’ softball participation has decreased by more than 15% due to pandemic-related limitations, an absence of entry-level coaches, and referee shortages. By offering Nike Diamond Community Camps, Retail Experiences, and Coaching Clinics throughout the city and continuing to invest in the Jackie Robinson Foundation and Play Equity Fund, Nike will give opportunities across softball and baseball at all skill levels.

Nike will hold a coaching clinic in collaboration with the LA Dodgers Foundation to increase the caliber and number of female coaches, giving young women robust and supportive role models for life outside of sports.

The Nike women’s athlete family will join us in LA to motivate the upcoming wave of elite athletes. They’ll participate in three Nike Diamond Pop-Up Community Camps held at the LA Dodgers’ Dreamfields and take on a neighborhood partner at a softball match presented by UNDFTD.

A kid-inspired home run derby will be held at the Nike East Los Community Store as part of the Midsummer Classic festivities, which will be made more accessible to young people in neighborhoods throughout LA thanks to Nike’s network of retail partners.

These initiatives come after LA Made to Play Neighborhoods was introduced in May. Nike is contributing $1.3 million over three years through the Play Equality Fund (PEF) to support 13 neighborhood organizations and close the pay equity gap for Black and Latina girls in Boyle Heights and Watts.

Additionally, Nike is unveiling the 2022 MLB All-Star Game Jerseys and Lunar Cortez BSBL, which both pay homage to the city of Angels, and celebrating the legacy of Dodger great and LA native Jackie Robinson through the continued support of the Jackie Robinson Foundation and the official release of the Nike Dunk Low (Jackie Robinson).

The Nike Dunk Low (Jackie Robinson) will go on sale on July 19 at Nike SNKRS, UNDFTD, and a few other retailers as part of Nike’s ongoing commemoration of Jackie Robinson, the MLB All-Star Game, and the spirit of breaking down barriers. Robinson’s well-known phrase from 1947, printed all over the design, illustrates his philosophy, which encouraged people worldwide to push the boundaries of their own lives. His original uniform’s worn-in color scheme inspired the design’s colors. The Jackie Robinson Foundation (JRF) has long received funding from Nike, Inc., contributing around $3 million in the last five years ($1 million in FY22) to support the JRF’s scholars, mentorship, and leadership development program and museum.

JRF Scholars benefit from a program that offers career counseling, internship, and permanent job placement, among others, in addition to receiving college subsidies over four years. His ground-breaking accomplishments will be remembered for the upcoming generation of athletes at the Jackie Robinson Museum in New York City.

The 2022 Nike MLB All-Star Game Jersey and Lunar Cortez BSBL chronicle the journey from rookie to stardom and are intended to motivate the upcoming LA diamond sports stars.

The dark grey base of the American League jersey symbolizes the effort and commitment that all great put into their art. The National League’s white-based uniform represents the dazzling lights of the biggest stages in entertainment and sports. Gold accents can be seen all over both jerseys, simulating the prizes that denote excellence in both sports.

LA’s young people can perform at their peak without sacrificing their style or flare, thanks to the traditional silhouette. One of LA’s favorite Nike footwear models hits the diamond with the Lunar Cortez BSBL. The color pattern matches the 2022 Nike MLB All-Star Game Jersey, and the cleat’s Lunar midsole replicates the comfort of the original Cortez.