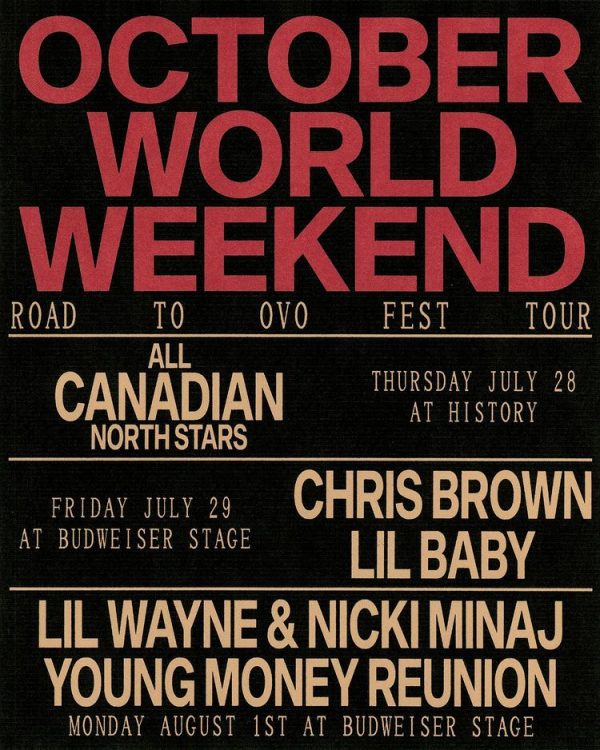 Drake teased a big announcement on Wednesday and he came through with that promise. Drizzy announced a Young Money reunion as a part of October World Weekend, a three-day event that he plans to make the start of a world tour to celebrate the 10-year anniversary of OVO Fest. Nicki Minaj and Lil Wayne are confirmed to attend.

The three-day event will include the All Canadian North Stars on Thursday, July 28, and Chris Brown and Lil Baby on Friday, July 29.

“OCTOBER WORLD WEEKEND 🌏 I am currently working on bringing OVO FEST around the world in 2023 for the 10th Anniversary,” Drake wrote, “but of course we wanted to turn the city up for the summer!!! More event announcements to come.”

The Source |Fabolous Collabs on Vegan Accessories and Baggage Line