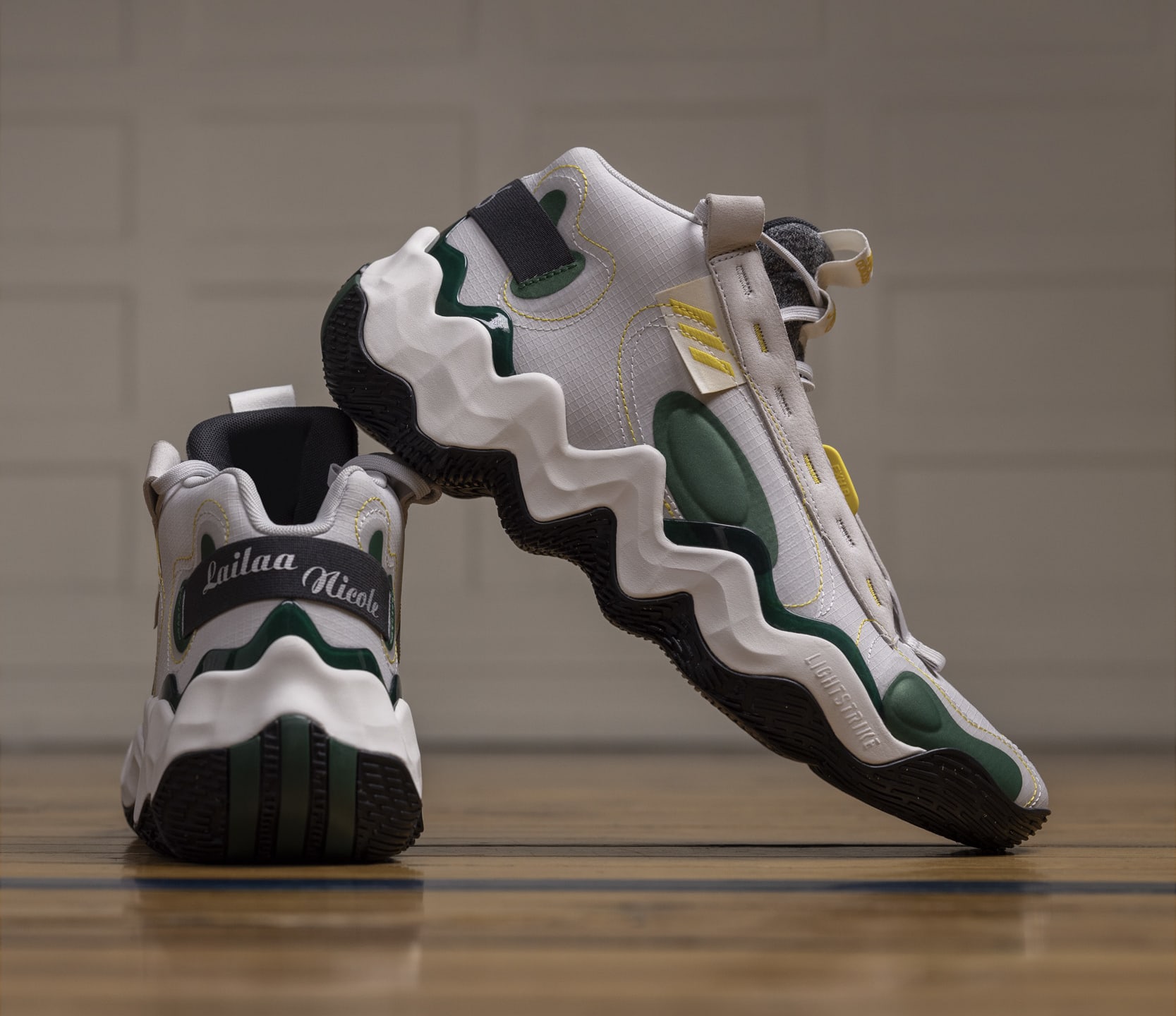 We’re just a few months removed from the launch of Candace Parker’s Adidas Exhibit ACE and now, the reigning WNBA champion is ready to launch a new signature basketball shoe with the brand.

Adidas unveiled Parker’s new Exhibit B sneaker today, which will make its debut as part of the Candace Parker Collection Part II capsule dropping in August. The collection will include three iterations of the shoe including the emerald green “For Lailaa Nicole” colorway, a purple and gold “Game Royalty” makeup honoring African queens, and a blue “Windy City” colorway representing her Chicago roots.

In addition to the sneakers, the collection will include off-court apparel offerings including Ace sweatsuits, hoodies, as well as t-shirts and shorts.

“I’m thrilled to announce my second collection with Adidas,” Parker said. “Women and girls need more athletes who look, work, think, dream and play like them now more than ever. Our hope is to empower the future of women in basketball and inspire every young hooper to create their own legacy. Part II is influenced by my personal journey and dedicated to the people who have been there every step of the way, especially my daughter Lailaa.”

The Adidas Candace Parker Collection Part II capsule will be available starting on Aug. 1 at Adidas.com and at Dick’s Sporting Goods stores. Prices for the pieces range from $35 to $120.