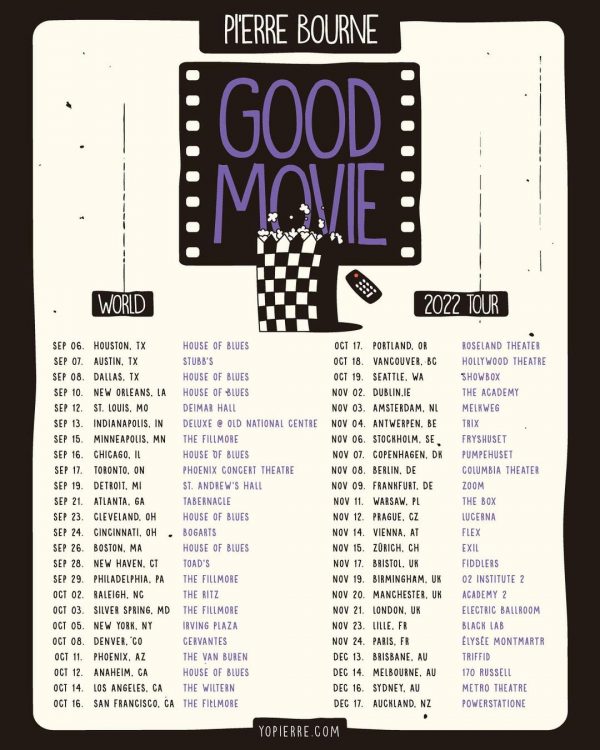 Pierre Bourne has announced his Good Movie World Tour, taking him to play across North America on his biggest tour to date before going abroad to the U.K., Europe, Australia, and New Zealand. The Live Nation-produced North American tour dates begin on Tuesday, September 6 in Houston and end on October 19 at The Showbox in Seattle. Bourne will also make stops in Dublin, Berlin, London, and Paris.

The tour announcement is on the heels of Bourne’s latest collaboration project with Juicy J titled Big Space Pimpin.

You can see the full run of tour dates below.

DJ Khaled Politely Curves Woman Who Attempts to Flirt With Him