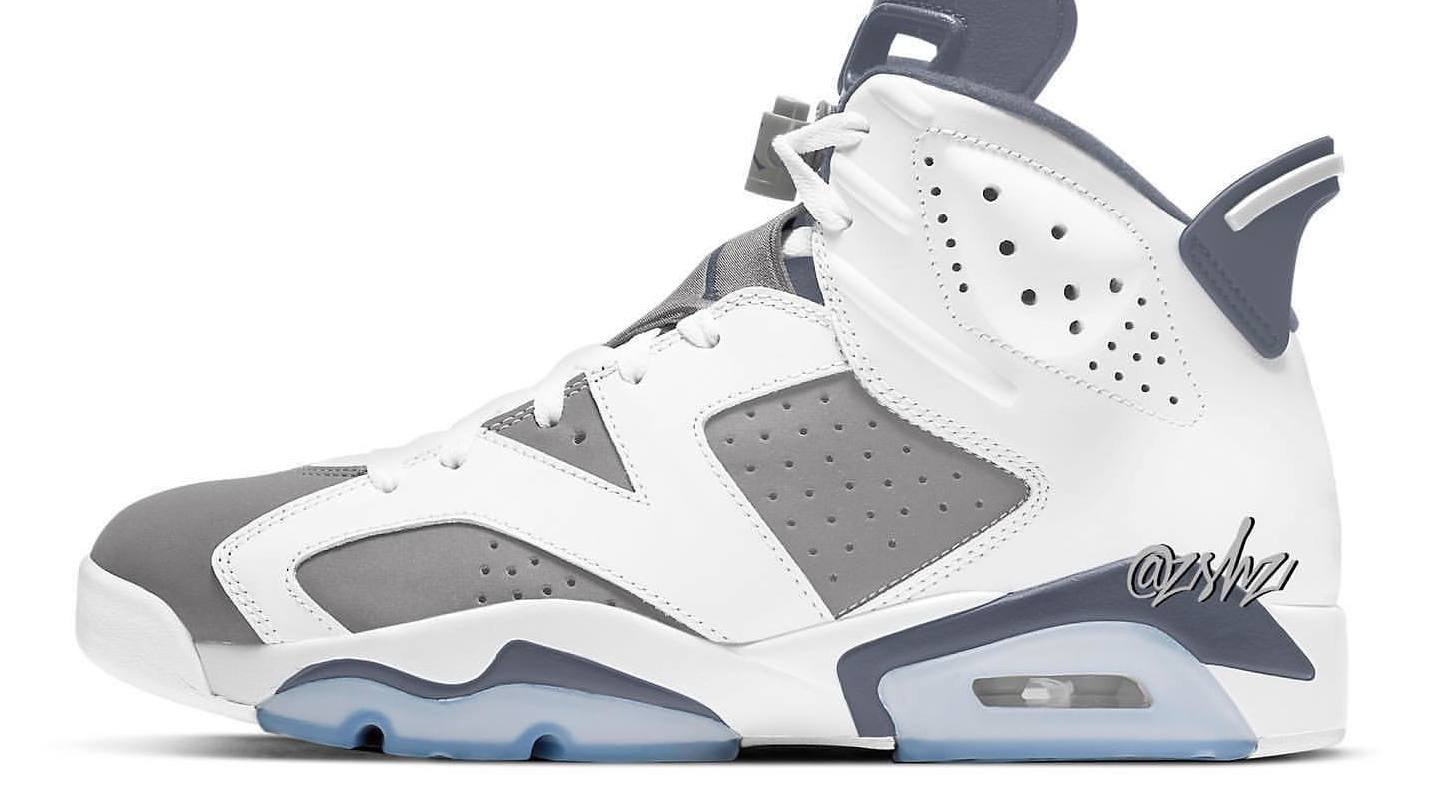 Jordan Brand is reportedly applying the fan-favorite “Cool Grey” colorway to the popular Air Jordan 6 for the first time next year.

Newly leaked info from @zSneakerheadz on Instagram indicates that a Jordan 6 donning a white, medium grey, and cool grey makeup will hit stores on Feb. 4, 2023. We’re still months away from the sneaker’s purported release, but a mock-up rendering shared by the account suggests that it will don a two-tone white and grey blocking on the upper and midsole. A different shade of grey is also expected to dress the sock liner, tongue and the heel’s pull tab.

The all-grey color scheme was first applied to an Air Jordan sneaker in 2001 with the “Cool Grey” Jordan 11. Since then, the palette has been applied to other popular Air Jordan silhouettes, namely the Jordan 3, Jordan 4, and Jordan 9.

As of now, official release details of the “Cool Grey” Air Jordan 6 have not yet been announced by Jordan Brand, but we’ll keep you updated with new developments including a first look at the coming months.