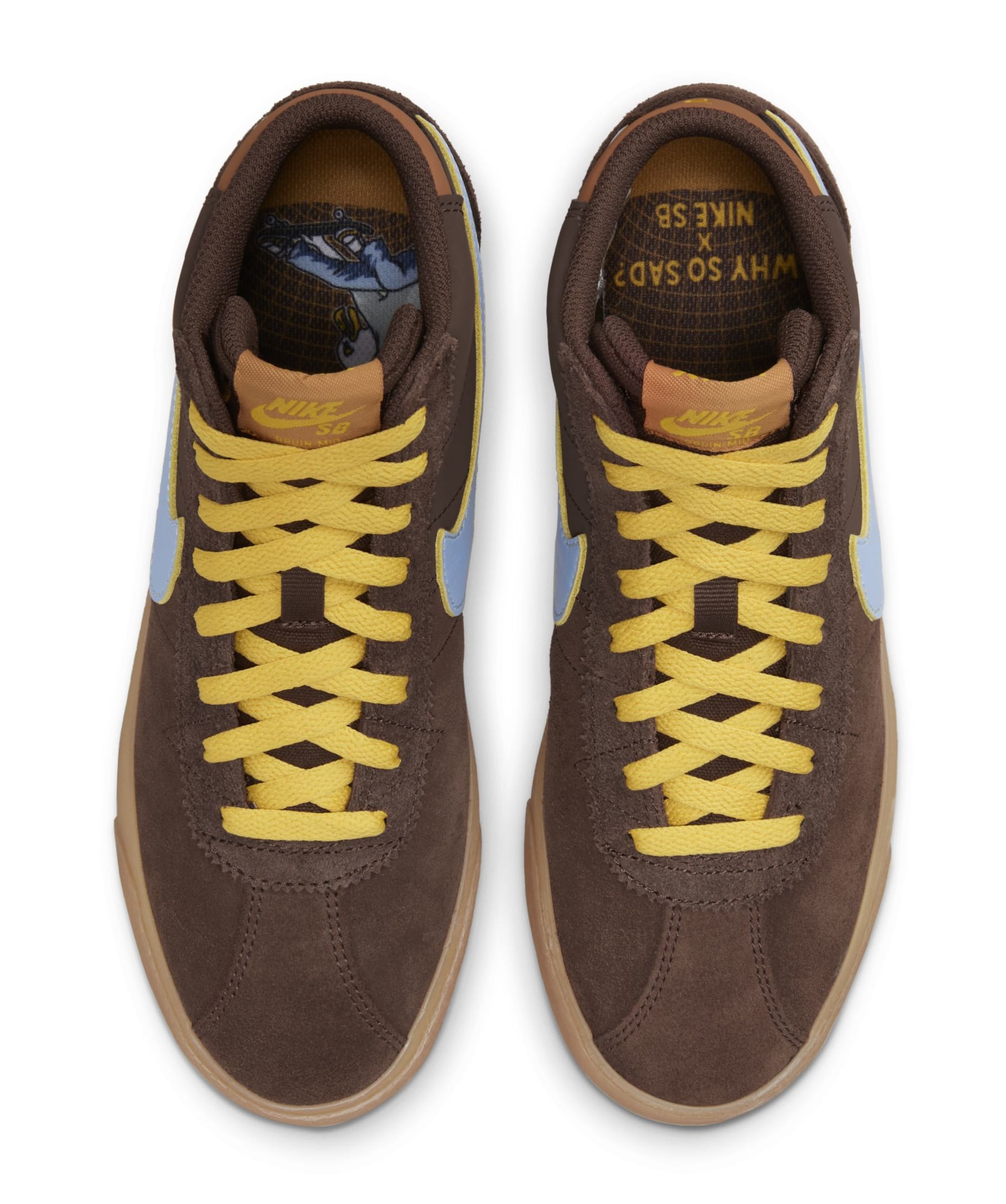 It turns out that Why So Sad?’s collaborative endeavor with Nike SB is more extensive than initially expected. In addition to the SB Dunk Low collab that surfaced last month, we’re now learning that the SB Bruin High will be part of the offerings.

Official Nike product images of the Why So Sad? x Nike SB Bruin High were shared by US_11 on Twitter this week, which possibly indicates that the collab could be hitting stores soon. The shoe dons a predominantly brown upper and is offset by a light blue Swoosh branding on the sides and orange shoelaces. Why So Sad?’s signature logos appear on the heel while co-branding is printed on the footbed.

Why So Sad? was founded in 2016 by Scottish skater John Rattray after losing his sister Katrina and friend Ben Raemers to suicide. Rattray uses the brand to bring awareness to mental health issues through his Why So Sad? initiative and the products he releases.

At the time of writing, the release of this Why So Sad? x Nike SB Bruin High has not yet been announced by the brands but we’ll keep you updated if anything changes.