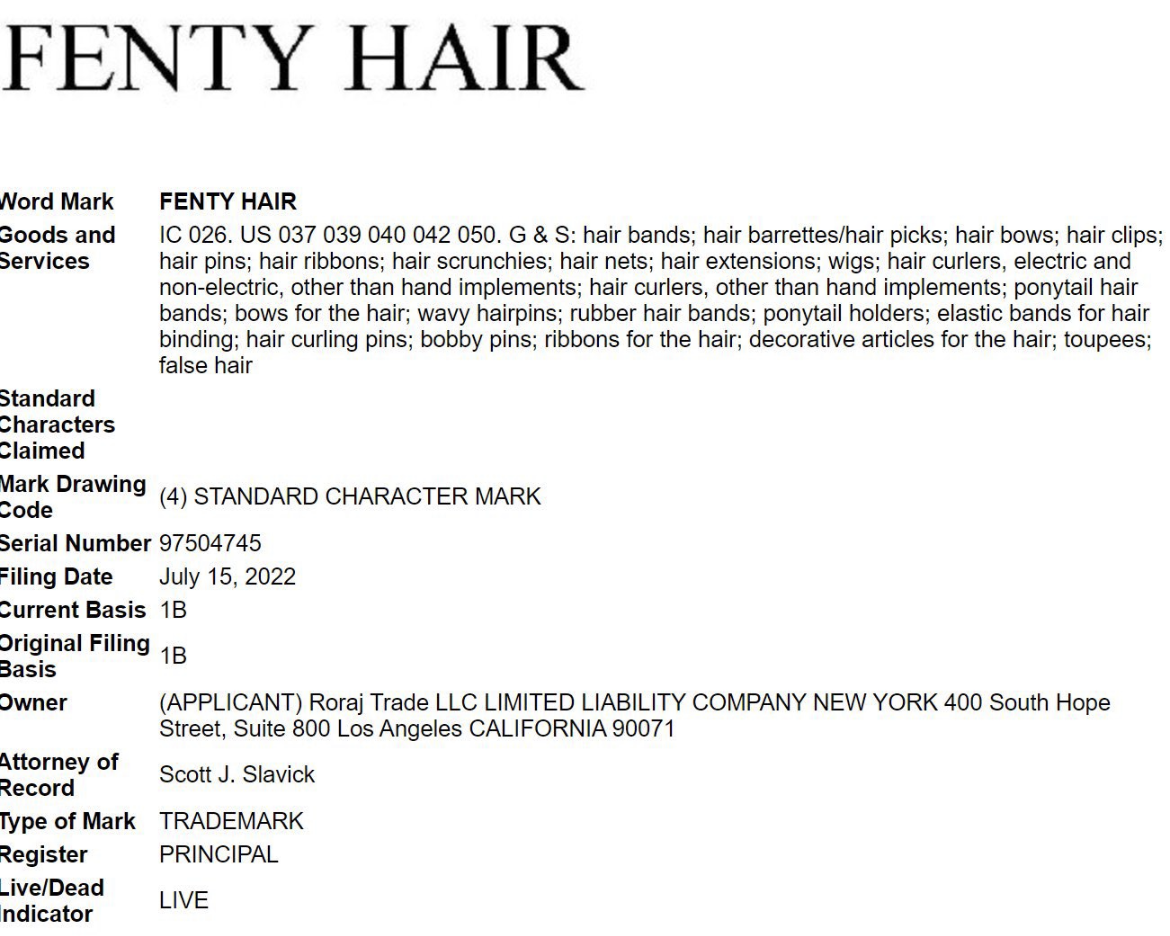 Rihanna is Expanding Her Empire With Fenty Hair

The billion-dollar Fenty empire is growing, According to documents viewed by Billboard, Rihanna’s company Roraj Trade, LLC, filed two applications for Fenty Hair with the United States Patent and Trademark Office on Friday, July 15.  Per the filings, the hair products will include hair bands, bows, clips, ribbons, scrunchies, wigs, curlers, pins, brushes, combs, and more according to the papers.

The Fenty empire which is already solidified its mark in beauty and lingerie. The 34-year-old singer, mogul and new mom, made Forbes ‘Billionaire list’ and its ‘America’s Richest Self-Made Women’ list, coming in at No. 21. The publication estimated her net worth at about $1.4 billion, with much of that coming from cosmetics line Fenty Beauty and making her world’s wealthiest female musician, and is Barbados’ first billionaire, according to the publication.

As the news of Fenty hair spread, the fans went to Twitter to share in their excitement, and of course, we’re still hoping for the long-awaited album, Riri hasn’t released an album since 2016.

What do you think about Fenty hair?  Will you buy the products?  Let us know and hit us up in the comments.