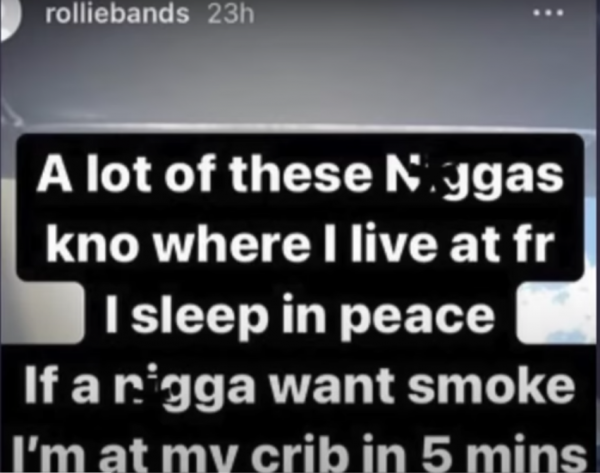 Some say he ordered death to his door and received it, but nevertheless, another young rapper was shot and killed this weekend after posting a message to his Instagram story taunting his opps with his location.

Tampa Rapper Rollie Bands challenged his rivals with a bold statement on IG, saying, “A lot of these n***as [know] where I live at fr. I sleep in peace. If a n***a want smoke I’m at my crib in 5 mins.” Not long after this cryptic message was posted, a report of a man shot to death in Hillsborough County’s IQ Apartment Complex was indeed Rollie Bands.

According to the report, the shooter had already left the apartment complex when the police arrived. Bands was taken to the hospital for a single gunshot wound, where he later died.