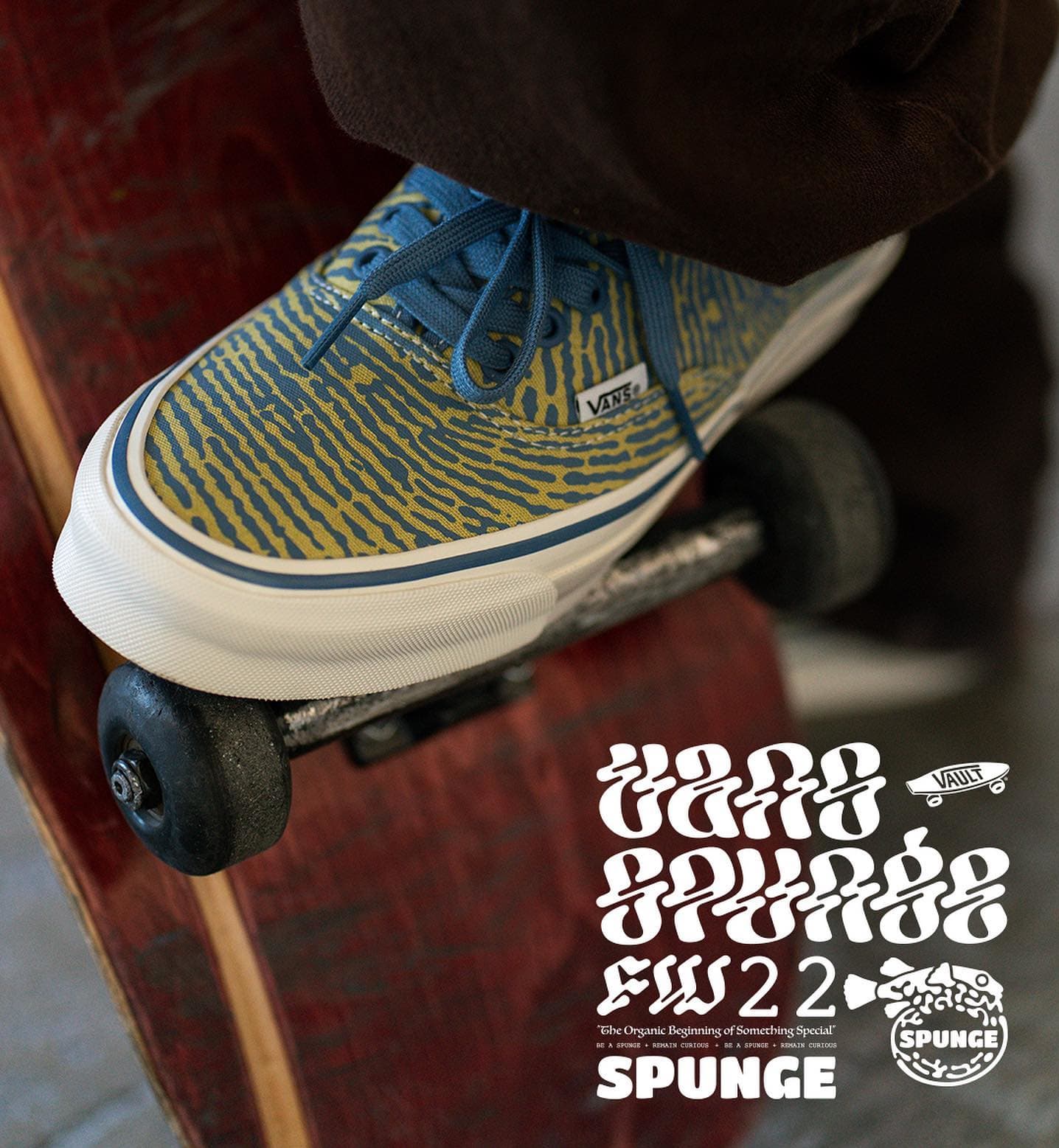 Not only does Salehe Bembury have more colorways of his Crocs Pollex Clog coming soon, but he also has a Vans collab dropping soon.

The designer shared a preview on Instagram today of his new Vans Authentic collection, which is designed under his Spunge label. The three Spunge x Vans Authentic styles feature the label’s signature fingerprint graphic printed throughout the entirety of the canvas uppers while a standard white vulcanized tooling appears below. The looks include blue and yellow, pink and sail, as well as brown and yellow colorways.

In addition to the sneakers, the images also confirmed that the capsule will include matching t-shirts featuring the aforementioned fingerprint graphic covering the garment.

The Spunge for Vault by Vans Authentic collection will be released on Aug. 4 at 12 p.m. ET at beaspunge.com. Retail pricing for the shoe has not yet been announced.