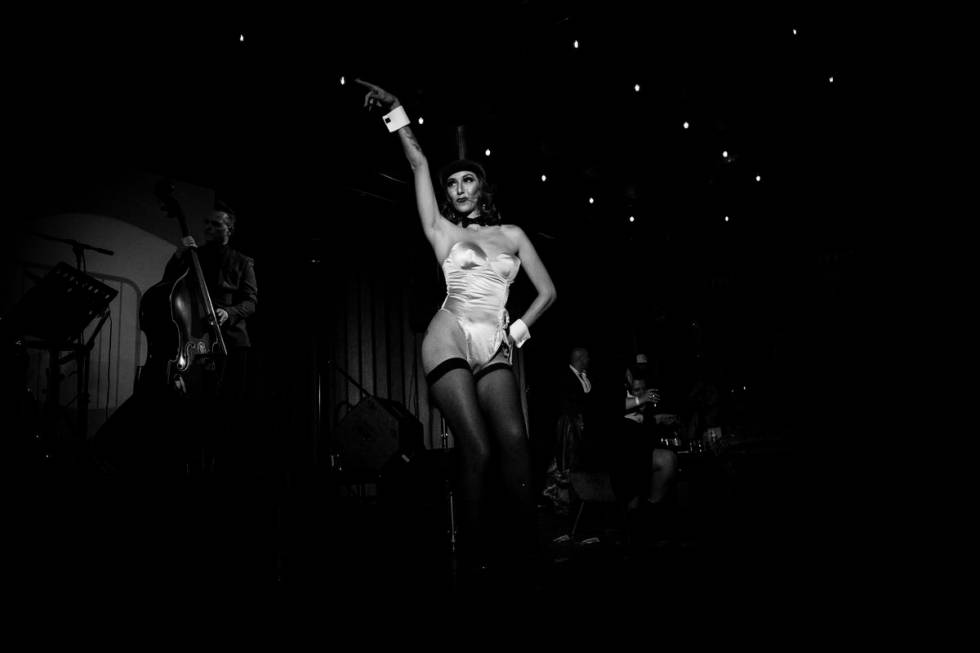 Pour a little “Gasolina” out in remembrance, for Daddy Yankee is calling it a day. The “King of Reggaeton” will retire from the road following his current “La Última Vuelta World Tour.” The Puerto Rican singer/rapper has been one of Latin music’s most significant and influential crossover acts beginning in the early aughts, earning serious bragging rights as the first Latin artist to become the most listened-to performer worldwide on Spotify. Bid him adieu at 8 p.m. Saturday at T-Mobile Arena. Tickets start at $42; ticketmaster.com.

With a high-energy show accompanied by a live band, Babes and Blues will celebrate two years of high-end New Orleans-style burlesque Tuesday at the Usual Place. The anniversary program will include new costumes, songs and acts in a completely unrehearsed show. “You just get raw, unfiltered performance,” Babes and Blues creator Isabelle Marie says. “Everyone on stage is just feeding off of each other, and you just never know what’s going to happen.” Tickets for the 7 p.m. show start at $20; eventbrite.com.

It’s the last big movie of the summer as “Bullet Train” rides into theaters. Brad Pitt stars as Ladybug, an assassin looking to slow down, who’s targeted by an eclectic group of international killers aboard the world’s fastest train as it speeds through Japan. The action romp is directed by “Deadpool 2’s” David Leitch. Only in theaters.

A natural storyteller who started out with journalistic ambitions, Kathleen Madigan soon discovered that being funny came easier for her than hard news. Blending a scythe-sharp wit with neighborly Midwestern charm as she riffs on the ridiculousness of everyday life, the 56-year-old today ranks as one of the most respected comedians of her generation. See Madigan turn headlines into punchlines at 10 p.m. Friday at the Theatre at The Mirage. Tickets start at $29.99; mirage.com/aces.

Maybe it’s not exactly what F. Scott Fitzgerald had in mind when he penned “So we beat on, boats against the current, borne back ceaselessly into the past,” but hey, there’s an open bar and a champagne tower! The 1920s come roaring back as the Legacy Club at Circa hosts its Gatsby Night soiree at 5 p.m. Friday. In addition to live jazz, the aforementioned libations and a dessert bar, tickets ($150) include a period-appropriate costume. Go to bit.ly/GatsbyNight.

Feel the love in Las Vegas as John Legend reconvenes his residency, the R&B crooner’s soaring vocals and silky-smooth piano playing paying homage to some of Sin City’s entertainment icons. Catch Legend at 8 p.m. Friday, Saturday and Wednesday in Zappos Theater at Planet Hollywood, with additional shows through Aug. 20. Tickets start at $79; ticketmaster.com.

First Friday is revving up its August installment. In addition to the art walk with an estimated 60 artists and craftspeople on Boulder Avenue, the monthly event will feature a lowrider hop off and a classic car show with an estimated 40 cars. This month’s featured artist is LaRon Emcee, whose characters are rooted in urban counterculture. First Friday is scheduled for 5-11 p.m. Friday in the Arts District.

On Fridays and Saturdays in August, Eight Lounge in Resorts World Las Vegas presents Golden Hour, with aperitifs and live music on the terrace from 5 to 8 p.m. Eight Lounge encompasses 7,000 square feet, plus a 2,200-square-foot terrace with views of the Strip. Eight offers more than 150 cigars and a menu of craft cocktails created to complement tobacco flavors.

One of the best new live spots/restaurants downtown turns 1 when Taverna Costera celebrates its anniversary this weekend with performances by The Sonz, Elephante King, Dama Vicke and The Musket Vine. There will also be DJs and free food samples from chef Chris Mahon. If you haven’t caught a show on the rooftop deck, you need to change that ASAP. Do so at 4:30 p.m. Saturday at Taverna Costera, 1031 S. Main St. Free; tavernacostera.com.