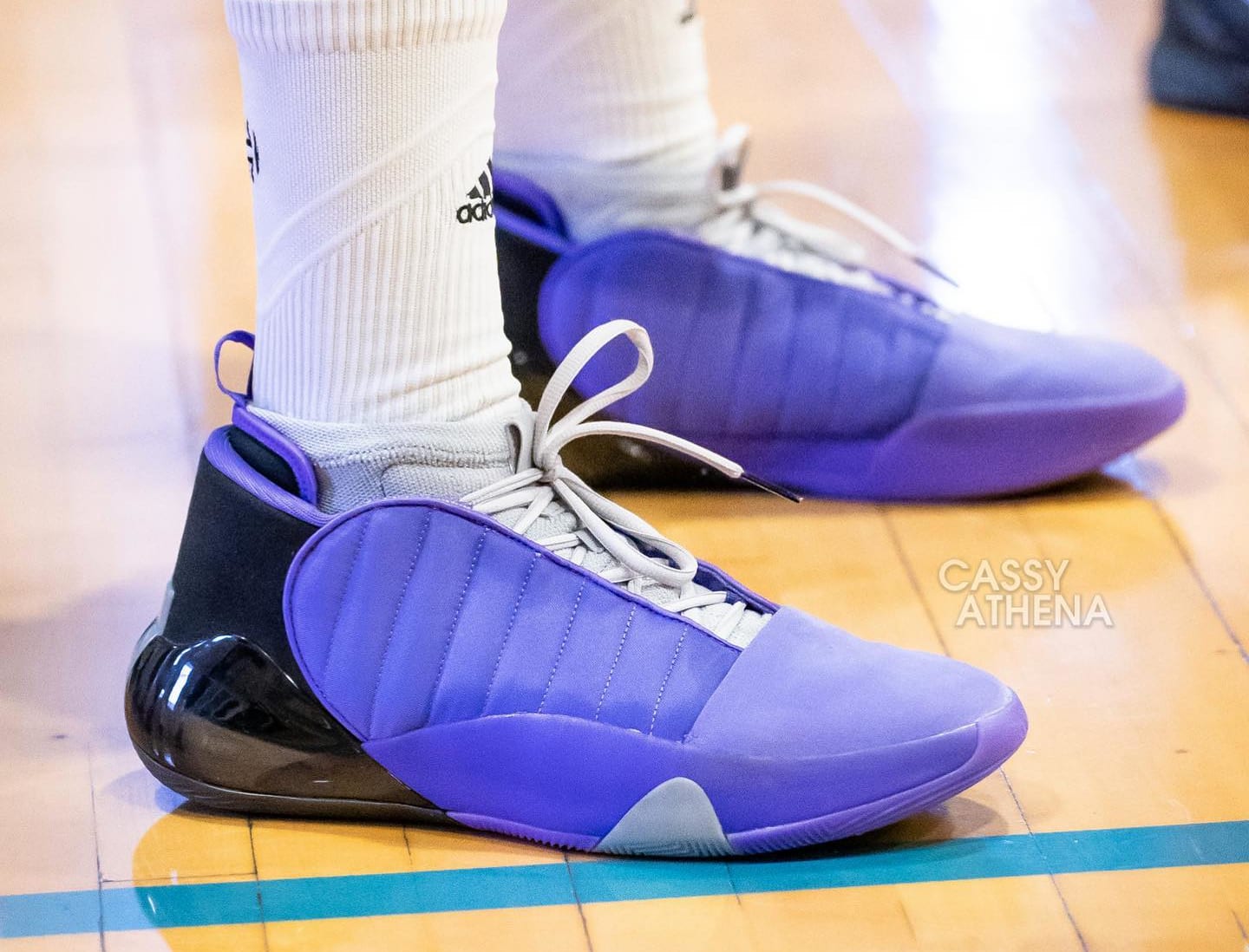 Like past years, James Harden has once again used an off-season hoops run to preview his next signature basketball shoe with Adidas.

Shown here are a series of images captured by @Caseyathenaphoto on Instagram of Harden wearing the purported Harden Vol. 7 yesterday.

The next entry in his signature line takes a different approach to its predecessors as it opts for a mid-cut construction on the upper, replacing the lower cut on past models. The initial colorway that was worn by Harden donned a two-tone purple and black color scheme with a silver Three Stripes logo on the heel. The shoe also appears to feature Boost on the midsole, but the tech specs have not yet been confirmed by the brand.

Despite the first look shared by @Caseyathenaphoto, release details of the purported Adidas Harden Vol. 7 have yet to be announced by the brand. Keep it locked to Sole Collector for official updates in the coming months.