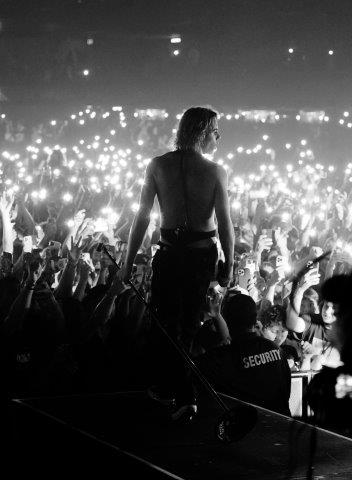 The Kid LAROI Sells Out His First Worldwide Headlining Tour

Grammy nominated and multiplatinum star The Kid LAROI has sold-out his first-ever headlining tour. The END OF THE WORLD TOUR began in Sydney, Australia, Laroi’s hometown. Since then, more than 200,000 tickets have been sold, with the North American leg selling out in less than four minutes of being on sale.

With over 86,000 tickets sold in Australia alone, LAROI headlined stadia in Sydney, Perth, Adelaide, Melbourne, and Brisbane. Then he began touring around Europe, making appearances in cities including Copenhagen, Zurich, and Paris, in addition to two nights at London’s Brixton Academy. The international superstar began the North American leg this week with a sold-out performance in Minneapolis, Minnesota.

The latest breakthrough single from LAROI, “Thousand Miles,” which debuted at #15 on the Billboard Hot 100 and has received an amazing 35M+ international streams to date, was included in an electric performance of his biggest hits.

The Kid LAROI continues his trek in Milwaukee, coming off a stellar set at Lollapalooza and more. You can see the rest of his tour dates below.

Additionally, as part of the restaurant’s “Famous Orders” series, LAROI collaborated with McDonald’s to introduce his own unique McDonald’s meal. On May 23, the day the meal debuted at McDonald’s restaurants, he surprised customers at the Waterloo, Ontario, McDonald’s to coincide with the start of his Australian tour. This is the first Famous Orders collaboration the company has ever launched outside of the US.