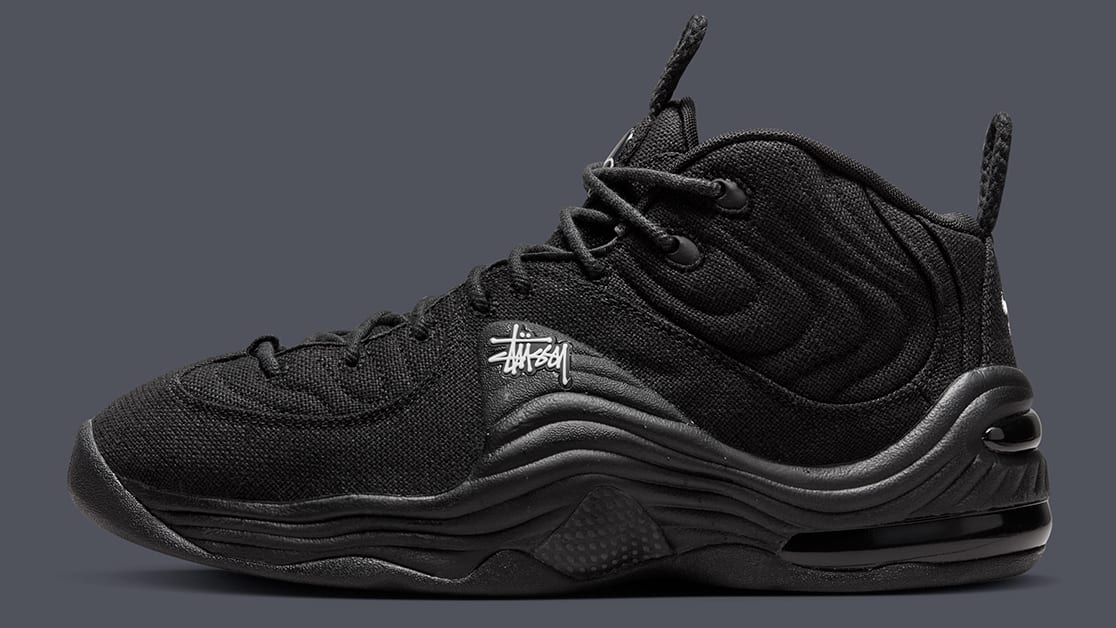 Classic streetwear brand and longtime Nike collaborative partner Stüssy will release a version of the Air Penny 2 next year, sources tell Complex. The shoe is planned for a September 2022 launch, but its release date is subject to change given just how much dates around launches have been moving lately.

There are no leaked images yet of the upcoming Stüssy x Nike Penny project, and the image here is of a Penny 2 from the model’s series of retros in 2016. The Air Penny 2 originally released in 1996 and has returned as a retro a few times since.

Next year looks to be a big one for the Penny Hardaway’s Air Penny line—leaks of what’s to come have already promised original colorways of the Air Penny 1, his first signature shoe, from 1995.

Stüssy taking on a signature basketball shoe from the 1990s is unprecedented, as its work on retro basketball sneakers has typically pulled from older Nike silhouettes like the Dunk and the Blazer. Its long catalog with Nike stretches back to 2000, when it helped deliver a special edition of the Air Huarache. That Huarache was reissued as a retro in 2021.

UPDATE (08/10): Official images of the Stüssy x Nike Air Penny 2 have surfaced in a sleek, mostly black-on-black colorway, with contrasting white branding hits. The shoe features canvas construction and, interestingly, only bears Penny Hardaway’s 1Cent logo next to Stüssy’s on the outsole. Official release details have not yet been announced. h/t House of Heat