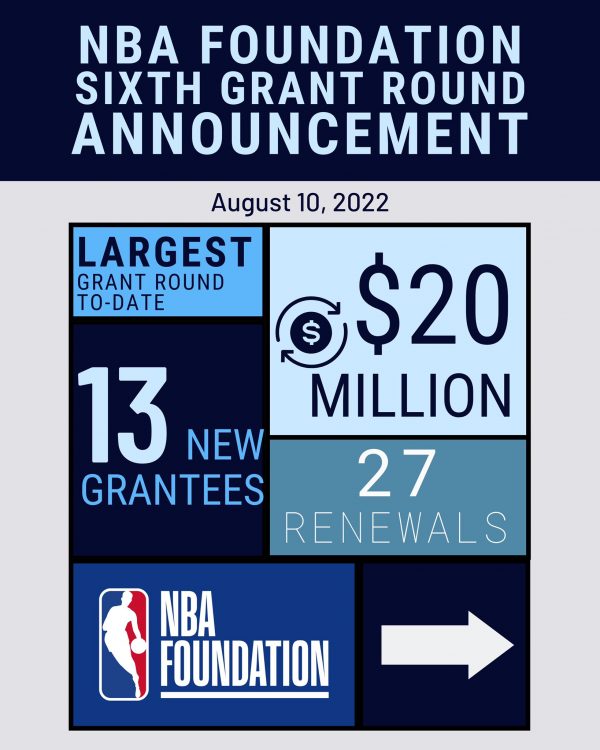 The NBA Foundation announced the distribution of $20 million in grants to 40 new and reactivated nonprofit organizations that support Black youth’s access to workforce development and school-to-career possibilities. On August 6, the Foundation also marked its second birthday.

The NBA Foundation is distributing to 40 grantees on both the national/multi-market and state level. Nationally, Black Girl Ventures, Big Brothers Big Sisters of America, iMentor, and more are among the awardees. Just The Beginning in Chicago, the United Way of Greater Atlanta, Houston’s EMERGE, and All-Star Code of New York are among the state-based recipients.

In the following video, NBA Foundation Executive Director, Greg Taylor speak about the two years of work the foundation has contributed to Black and Brown youth

Tommy Lee Shares Picture of his Genitals on Facebook