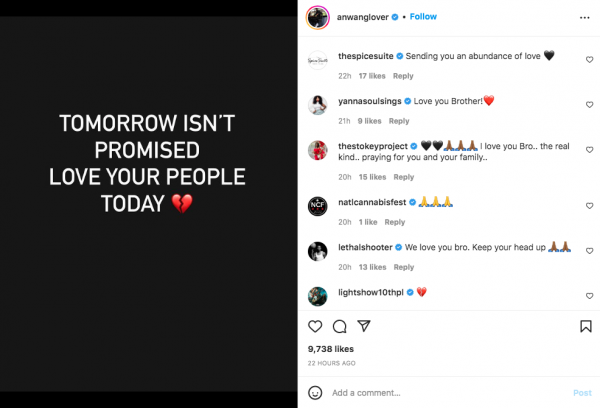 The Source |Son Of ‘The Wire’ Actor Anwan “Big G” Glover Shot And Killed In D.C. This Weekend

According to several local reports, the son of actor Anwan Glover, was shot and killed in the nation’s capital over the weekend. He was 26 years old.

Glover posted a message on IG for his 131K followers, reading, “TOMORROW ISN’T PROMISED. LOVE YOUR PEOPLE TODAY,” along with a broken heart while condolences and prayers from family and friends.

Glover himself was a victim of street violence, having been beaten and stabbed in a nightclub brawl in D.C. back in 2014, but his injuries were life-threatening.

The Source/The Northstar Group sends condolences to Glover and his family.