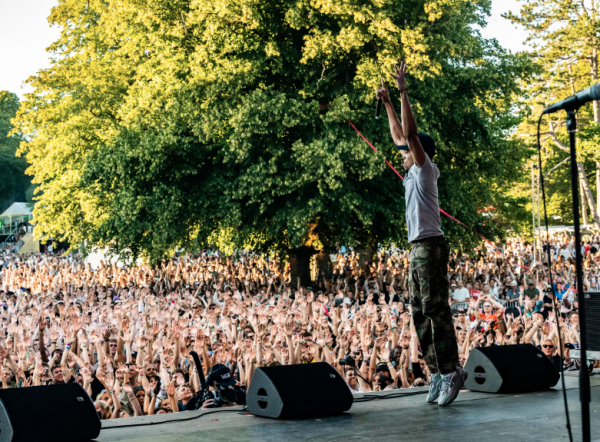 Over the weekend, Chance the Rapper headlined the Way Out West music festival in Gothenburg, Sweden. Performing to a crowd of thousands, Chance showcased his signature style that has allowed him to remain one of the most relevant and successful rappers to date.

Chance has spent 2022 collaborating with artists from The Continent and The Diaspora. His new works include “Child of God,” “A Bar About A Bar” and “The Highs & The Lows” which celebrate Black artists and intertwine the worlds of art, music and cinematography –– changing the game through forward-thinking ideas that are compelling conversations and meditations on Black life.

Way Out West, which attracts visitors from all over Sweden and also from large parts of the rest of the world, has since 2007 filled Gothenburg and Slottsskogen with music, party and culture in the three days. The program consists of the biggest world stars, the hottest newcomers, film premieres, challenging conversations, praised vegetarian food and a solid club program under the name Stay Out West which takes on more intimate scenes at night around central Gothenburg. Since its inception, the Gothenburg Festival has hosted iconic acts such as Patti Smith, Kendrick Lamar, Arcade Fire, St Vincent, Bon Iver and Robyn.