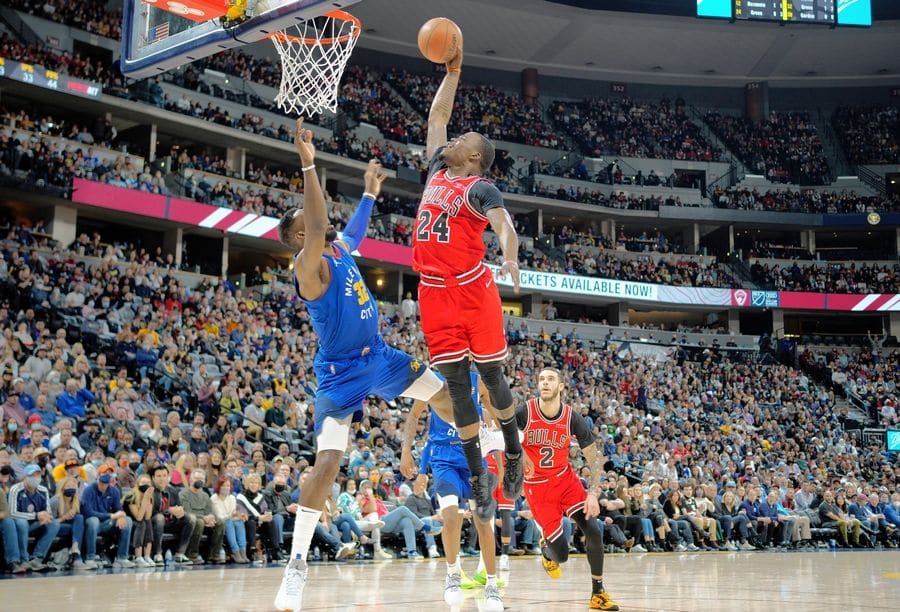 The second of the four weeks of the Dreamville Chi-League Powered by Wilson has ended. The illustrious pro-am gets underway every Saturday in August at the University of Illinois Chicago Credit Union 1 Arena.

Four men’s and four women’s games alternated throughout the day on Saturday, August 13, at the Chi-League. Team Bobby Simmons member Javonte Green of the Chicago Bulls (23 points, 16 rebounds, and four blocks) and Adrienne Godbold of Ties N Gang were standout performances (25 points, nine rebounds, five assists.) In addition to the game action, Wilson and the YMCA supported the neighborhood by giving out prizes and more during the Bud Billiken procession on the south side of Chicago.

The top four teams in the women’s and men’s divisions will play on the court on Saturday, August 20. The first game of the day will be the women’s at 12:15 p.m., followed by the men’s at 1:45 p.m., the women’s at 3:15 p.m., and the men’s at 4:45 p.m. 200 high school students and their parents will attend a private event before the doors open to learning more about the basketball industry and working in sports. Speakers from Chicago Scholars, Wilson, the YMCA, Dreamville, the WGCI radio station, and regional professional sports clubs will be on the panel. With 48 hours notice, local news outlets may seek entry to the private event.

You can see images from last week’s games below.