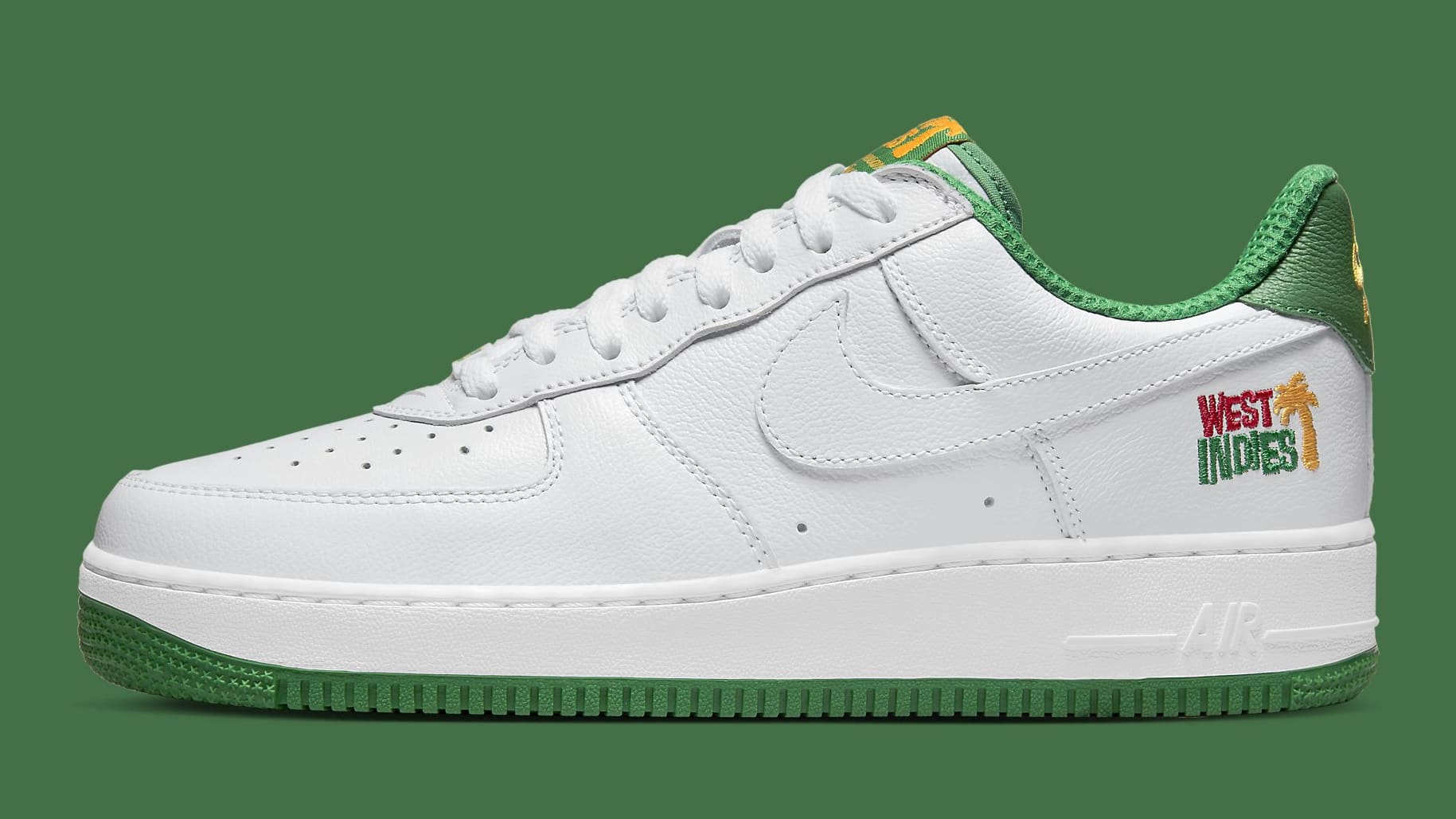 A beloved callback to a Nike Air Force 1 golden era, the “West Indies” Air Force 1 Low is set to make its long-awaited return this month.

Released in 2002 as one of four pairs celebrating NYC’s West Indian Day Parade Carnival, the “West Indies” Air Force 1 is delivered again in a near-exact replication of the original. The shoe is predominantly styled in white, with classic green tastefully finding a home on the tongue and heel tabs, lining, and outsole. West Indies is marked on the dubraes, heel, and tongue, the latter altered just a bit to reflect that the shoe is not celebrating its own 20th Anniversary, but the model’s 40th Anniversary as well.