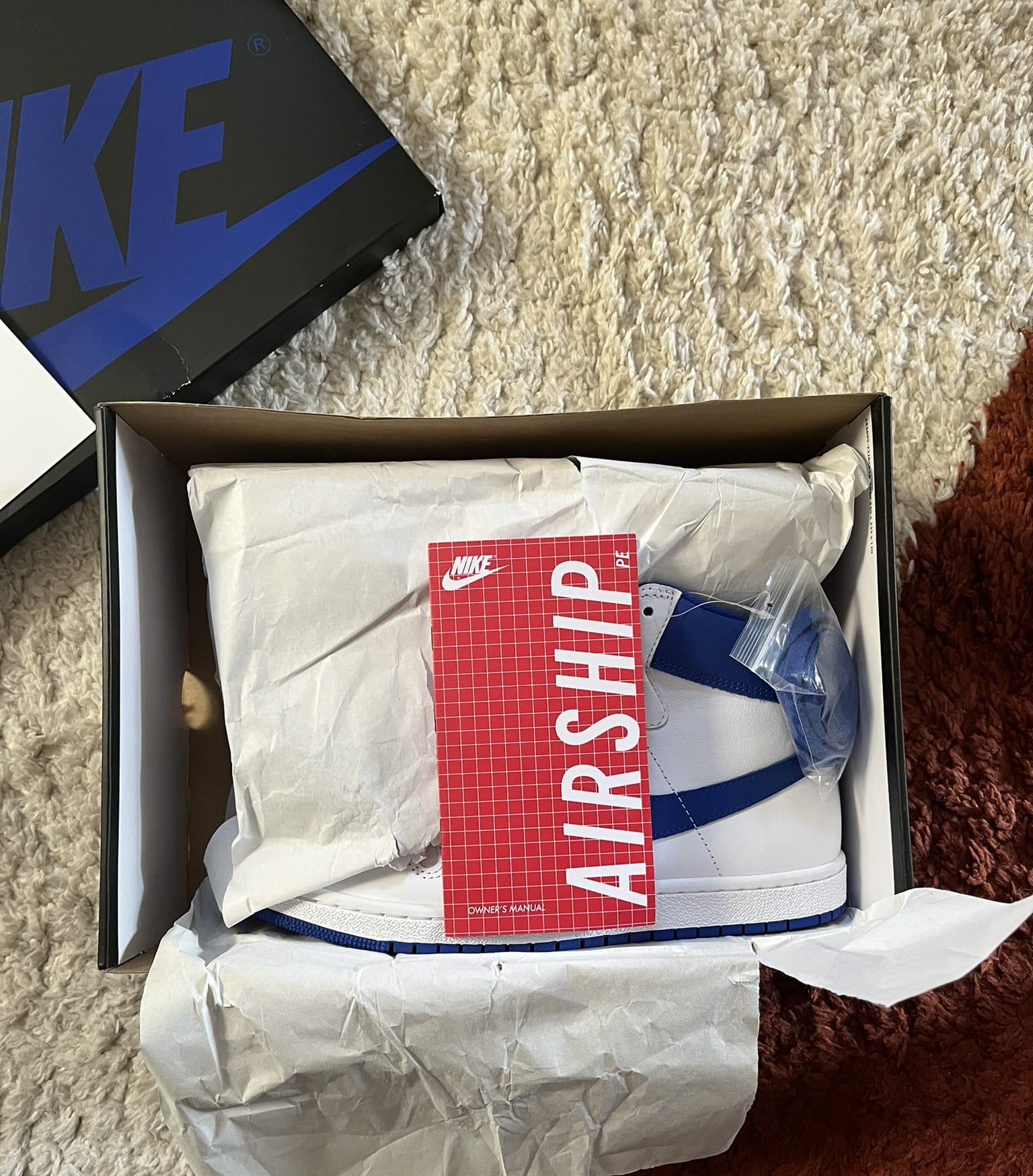 In addition to A Ma Maniére’s Air Jordan 12 and Air Jordan 4 collabs that are expected to drop later this year, the Atlanta-based boutique is now teaming up with Nike for its next sneaker project.

Shown here is the previously unseen A Ma Maniére x Nike Air Ship, courtesy of @Glencocolaflare on Twitter. The shoe dons a simple white-based leather upper and is offset by royal blue hits on the Swoosh, collar, and outsole. Co-branding appears on the front of the tongue tag while the back of the label reveals that the sneaker is limited to 2,300 pairs.

According to @Ovrundr.io on Instagram, this A Ma Maniére x Nike Air Ship will be released sometime in the fall for $150. At the time of writing, the collab’s release has not yet been announced by either of the parties involved.