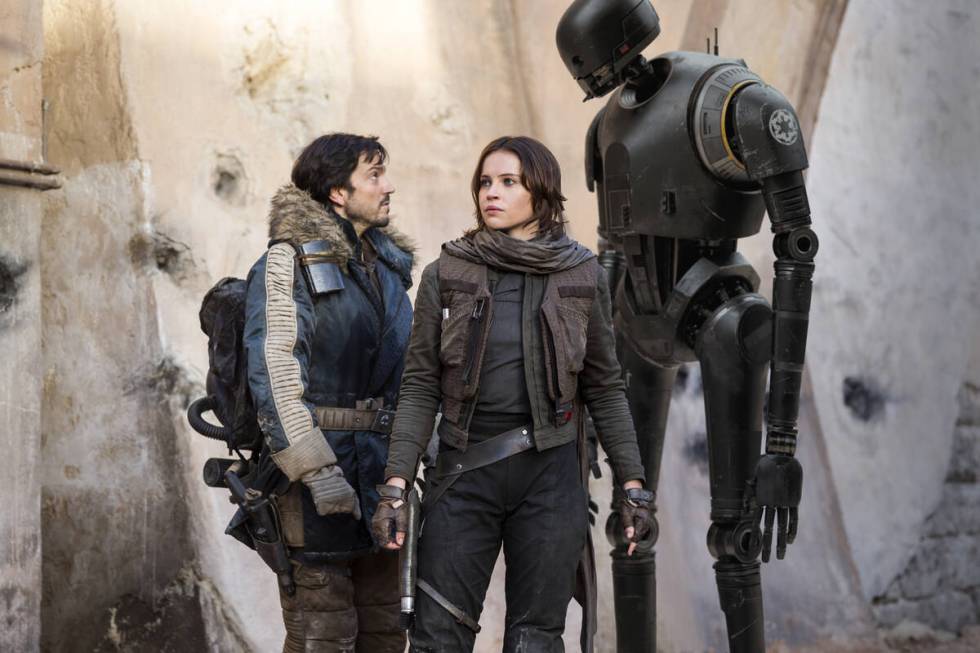 With over 16 hours of live music a day, the Big Blues Bender certainly lives up to its name. Will you be able to live up to the challenge of partying around the clock during a four-day marathon of music featuring blues legend Buddy Guy, Little Feat (celebrating the 45th anniversary of live album “Waiting for Columbus”), roots rockers Larkin Poe, powerhouse vocalist Shemekia Copeland and dozens more? Find out beginning at 2:30 p.m. Thursday at the Westgate Las Vegas. Four-day passes start at $499; bigbluesbender.com.

‘Rogue One: A Star Wars Story’

The one good thing about the lack of big-ticket movies this fall? A chance to relive movies that deserve another chance. “Rogue One: A Star Wars Story” is returning to Imax theaters for a week, along with exclusive footage from “Andor,” the Disney+ prequel series debuting Sept. 21. For the rerelease, both the image and sound have been digitally remastered. See it starting Friday at AMC Town Square.

Yes, there will be sweating when two of the most animated performers in R&B and hip-hop, respectively, team up. Chris Brown’s one of the best dancers in the game; Lil Baby’s a dervish on the mic. They unite for the “One of Them Ones Tour” at 7 p.m. Saturday at T-Mobile Arena. Tickets start at $39; axs.com.

Still putting hearts in headlocks decades in, the pretty boys in Duran Duran are getting pretty high up there in years (frontman Simon Le Bon is 63). While we all get old, a great songbook doesn’t, and Duran Duran’s synth-heavy, new wave-mining repertoire certainly qualifies as such. See them at 8 p.m. Sept. 1 and 3 at the Encore Theater at Wynn Las Vegas. Shows are sold out; resale tickets are available at ticketmaster.com.

The late-night live music series “Downtown Container Park After Dark” debuts with Mr. Crowley — The Ozzy Osbourne Experience. Admission to the tribute show is free, but attendees can add bottomless beer for $20 per person. The festivities run from 9:30 to 11:30 p.m. Saturday, but opening act Cobra Zebra takes the stage at 7:30 p.m. in Downtown Container Park.

If you’ve spent much time at all driving the valley’s roads, odds are you think you’re ready for Las Vegas Motor Speedway. Here’s your chance to find out. You can drive your personal vehicle around the superspeedway as part of this year’s Laps for Charity “Under the Lights” event, scheduled for 8 to 11 p.m. Saturday. It’s $75 to drive five laps behind a pace car or $100 for seven laps and a VIP package. Proceeds will benefit Speedway Children’s Charities. Registration is required at speedwaycharities.org.

Half Bird Chicken & Beer, 3500 Wynn Road in Chinatown, is celebrating its grand opening from 11 a.m. to 2 p.m. Sunday with a lion dance ceremony, DJ entertainment, games, giveaways, and a menu of Half Bird nugs, mac-and-cheese, butcher wings with sauces, shiso lemonade and house CockFight pilsner. Tickets are $40; go to eventbrite.com, then search for Half Bird Chicken.