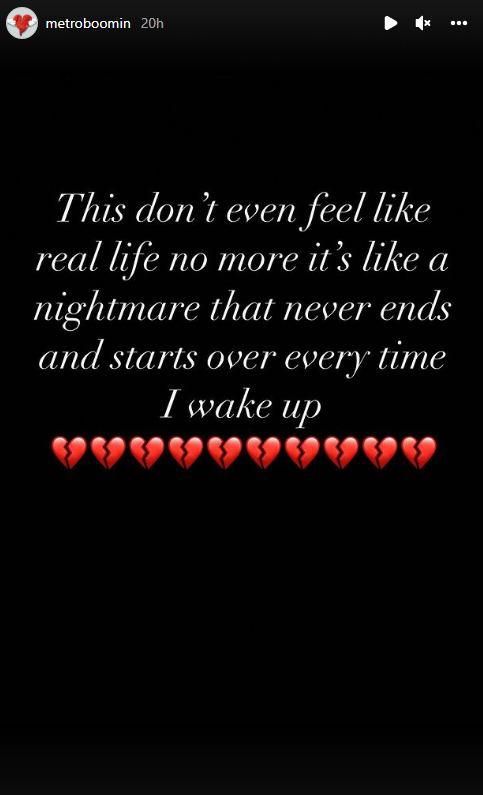 Back in June, Metro Boomin’s mother, Leslie Wayne, was tragically killed by her husband, who then killed himself. Metro has stayed relatively quiet since the incident. However, earlier today, August 25, Metro shared a heartbreaking message about his mothers death, and told his fans that he is not doing well.

“This don’t even feel like real life no more it’s like a nightmare that never ends and starts over every time I wake up,” Metro wrote. “My mom was and still is my best friend in the universe and anybody who really know me know I’ve always been a momma’s boy my whole life.”

He continued, “This gotta be what hell feel like cause it’s like my soul just always burning and everything around me constantly burning.”

A memorial service was held for Leslie Wayne on June 18th, shortly after her death. Metro briefly spoke on his mothers death in July on IG, saying, “Please love and appreciate your parents while they are here. I’d give anything. in the world to speak to my mom again. Crying everyday is the new normal.”

As reported by TMZ, Leslie Wayne was shot and killed on June 3, 2022 by her husband, who is not Metro’s father. He then turned the gun on himself.

Her Most Iconic Beauty And Fashion Looks Recreated