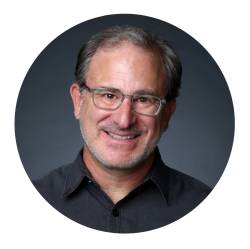 Introducing the Fall 2022 issue of rjmagazine

It is nearly autumn but summer shows no signs of dying. I’m watching honeycomb sunlight dance at the bottom of a bestirred pool. A lantana blossom has detached itself from its cluster and floats on the surface; I fish it out, smaller than the print of my pinkie. I swear the breeze is carrying an ancient scent, that mix of creosote and sage that used to rise from basalt-strewn desert lots in what is now the center of town.

Of course there can’t be such a smell here, can there? The houses have spread out in all directions, beige stucco and red tile from the ’90s, chocolate brown and flagstone from the 2000s, boxy behemoths from the 2010s with smooth walls and flat roofs. Time erases the valley floor.

And yet I can stitch my memories together without a seam: disappeared childhood and the disappearing today, a Las Vegas of Rebel kings and one of marauding Raiders, a desert town fading into flickering neon and a global crossroads pulsating with hope and schemes beneath LED screens large enough to peruse from Pahrump. The new does not erase the old, only writes over it, and on days like this I feel like I can look closely enough to read it all.

I’ve left this place plenty of times. I’ve worked and learned in Los Angeles and Seattle and Moscow, Russia, and Eugene, Oregon. But Las Vegas is family, Las Vegas is memory, and Las Vegas, gloriously and maddeningly, is home. I’m sure I’ll get restless again, but no matter where I go I’ll wind up carrying this place along. You can leave Las Vegas, but it never quite leaves you.

In honor of the peculiar persistence of Vegas vision, we’ve built this issue around the theme “Creative Crossroads.” These pages are filled with stories of remarkable people who have left Southern Nevada but carry it with them, often to marvelous artistic effect, as well as stories of others who have brought the wisdom and wistfulness of elsewhere to the valley and realized that this is where they truly belong.

Here you’ll meet Jessica and Jeff Caldwell, Midwesterners born and bred, who are dedicating their careers to the minds, young and old, of our valley — Jessica as a neuropsychologist at the Lou Ruvo Center for Brain Health, Jeff as a science teacher at Miller Middle School. You’ll spend time with Henderson writer Robyn Carr, whose Virgin River book series, plenty successful on the page, has migrated to Netflix and achieved something like world domination. You’ll meet poet Raegen M. Pietrucha, whose acclaimed new collection, Head of a Gorgon, was born during the decade-plus she spent in Las Vegas.

Meanwhile, desert traveler John Glionna will take you outside the valley for the story of how a football icon bloomed in Beatty. Jason Bracelin will regale you with his tale of sports-fan woe: He’s a Browns fan, which is heartbreaking enough, but his real problem is that his kids have defected to their hometown Raiders. You’ll hear from the outstanding Las Vegas-based writer and urbanist T.R. Witcher, whose travels to Portugal inspired him to think about, of all things, how to improve our valley. And Sebastian Ross will take you to Windsor Park, a North Las Vegas neighborhood not far from where he grew up. Windsor was built over an aquifer and has been slowly sinking for decades, but it remains home to residents who are determined to save it.

Just as our valley never quite lets go of us, we don’t really want to let go of it, either. ◆

Chantal Chandler’s Zine Within a Zine

Vi Khi Nao and Daisuke Shen: The Birth of a Friendship—and a Book