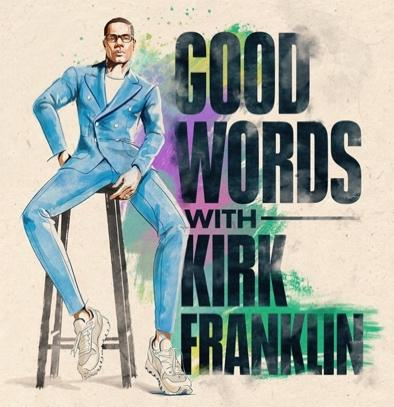 Good Words With Kirk Franklin‘s second season is now available, according to an announcement made today by Kirk Franklin and Sony Music Entertainment. Franklin draws listeners into shared moments with some of the largest stars in entertainment through intimate dialogues examining religion, redemption, and the reality of today’s world. The first episode, which debuted today, is an open discussion with Grammy-nominated musician Tamar Braxton.

This season, Dr. Bernice A. King, Iyanla Vanzant, John Boyega, Jenifer Lewis, Karamo Brown, Omarion, Tamron Hall, Tobe and Fat Nwigwe, W. Kamau Bell, and others will participate in thought-provoking discussions that Franklin will host. Together, they discuss and investigate their ideas on self-expression, race, religion, and politics while making room for laughter and joy.

“Good Words is a podcast where culture meets faith and a place where my guests can be real and open like you have never heard before,” said Franklin. “I’m excited to return for a second season and share more enlightening conversations with some of my favorite artists and thought leaders.”

Janicia Francis and Danielle Jones-Wesley are the producers of Good Words with Kirk Franklin at Somethin’ Else, a division of Sony Music Entertainment.