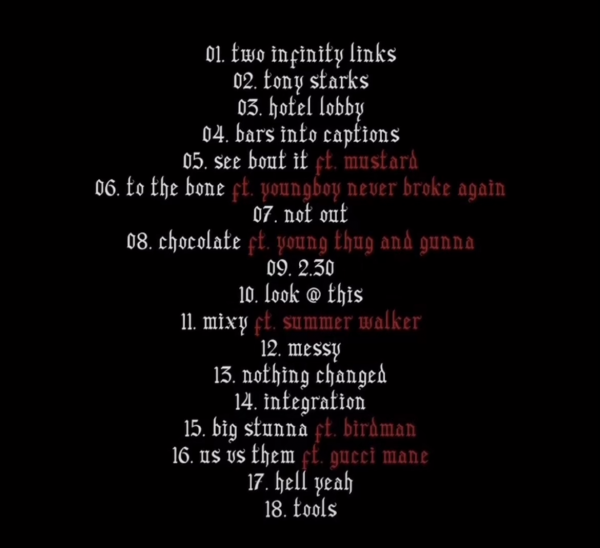 Quavo and Takeoff are ready to drop their debut duet album, Only Built 4 Infinity Links. The album carries a title very similar to the classic album Only Built 4 Cuban Linx, commonly known as The Purple Tape, by Raekwon.

TMZ caught up with Quavo at the airport and questioned him about the album’s title, but the hitmaker let the Wu-Tang legend know the album would be a banger when he reached out for approval.

“We most definitely hollered at Raekwon,” Quavo said. “It was all love. We gave him respect and let him know that it would be an honor. We told him it was inspired by y’all, and we most definitely got respect for the OGs.”

As much as they are icons of rap, Quavo and Takeoff are icons of fashion. Announcing their new album Only Built For Infinity Links, the two stars are laced in Yeezy Gap Engineered by Balenciaga on the album artwork.

The two rap superstars are seen in the padded denim jacket and the five-pocket denim pants. Both items are currently available for global purchase on YeezyGap.com and Balenciaga online partners farfetch.com, mytheresa.com and luisaviaroma.com.

Only Built For Infinity Links is set to release on October 7, 2022, on Quality Control Music Group/Motown Records.

You can see the album promo below.