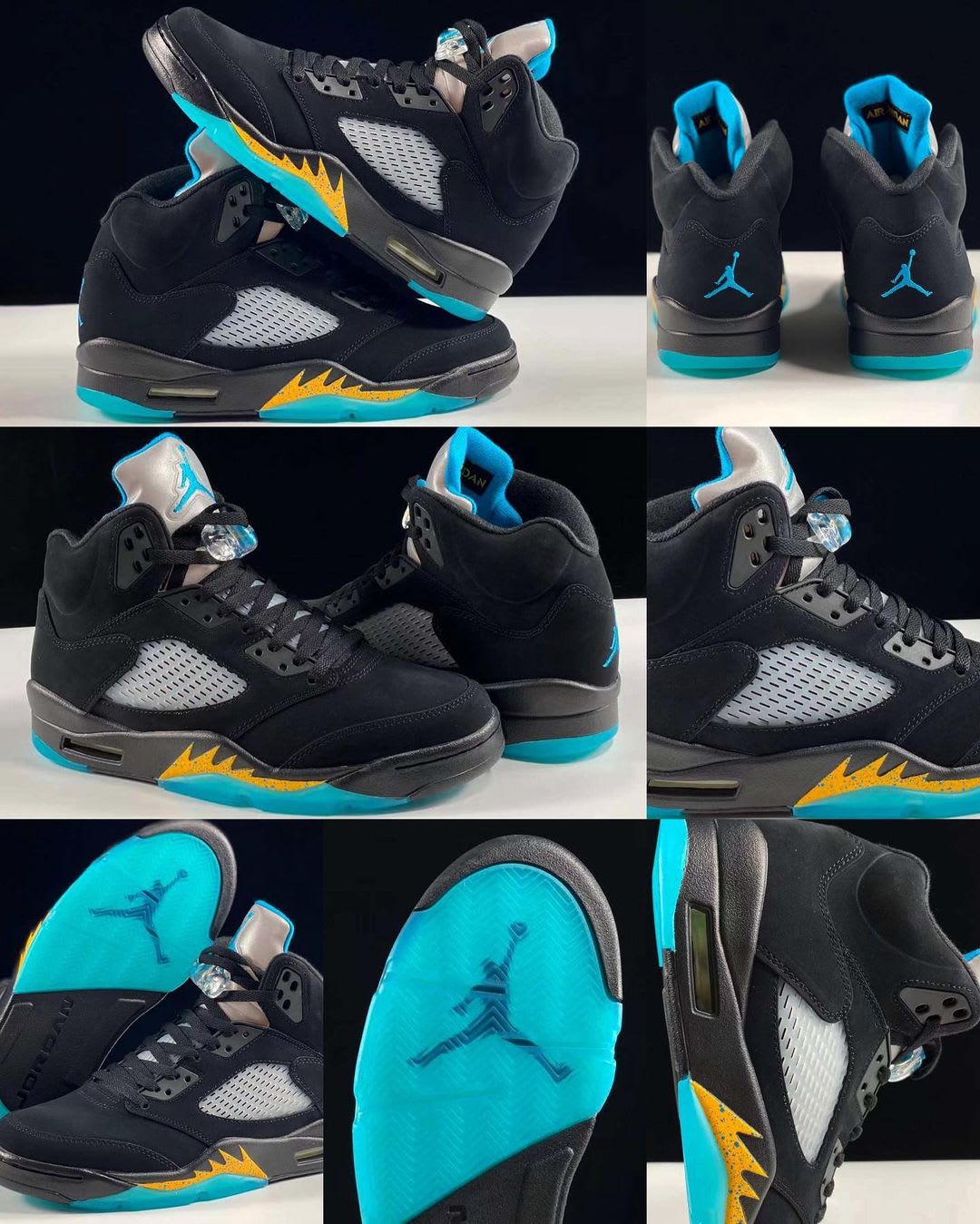 Chris Paul’s signature Jordan line has been winding down as the point guard plays through the twilight of his career, but an upcoming retro looks to be inspired by one of his former exclusives.

A new “Black/Aquatone/Taxi” (or “Aqua”) Air Jordan 5 is on the horizon for 2023 and zSneakerheadz has provided a first look on Instagram. With a black suede upper, speckled yellow “teeth,” and aqua blue details filling in the accents, the pair is reminiscent of PEs made for Paul while a member of the New Orleans/Oklahoma City Hornets in 2006 and 2007. There are a few differences—the new pair is blue while Paul’s was more of an emerald, and there’s no “3” branding—but it appears that the upcoming makeup was at least partially inspired by the former CP3 PE.

This “Aqua” Air Jordan 5 is currently expected to release on Jan. 21 and will come in full family sizing. Retail pricing has not yet been confirmed.

Did Nike Copy New Balance? Did StockX Have a Huge Coupon Fail? | The Comple