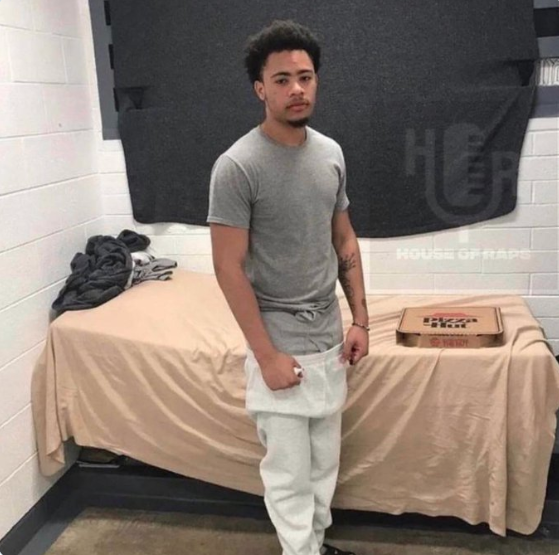 Pop Smoke’s untimely death occurred over two years ago, but his alleged killer is making headlines after pictures of him eating Pizza Hut while behind bars hit the internet.

Fans of Smoke showed their outrage on social media, questioning how the alleged killer was able to obtain Pizza Hut pizza AND a cellphone while incarcerated.

Five people were arrested for Pop Smoke’s February 2019 murder. Out of the five suspects, Corey Walker, 19, and Keandre Rodgers, 22, are eligible for the death penalty if convicted on murder and robbery charges. The two minors, whose names are withheld because they are underage, were both charged with one count of murder and one count of robbery each.