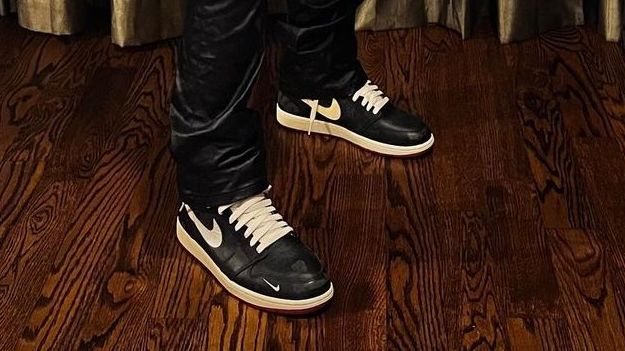 It’s been over four years since Nigel Sylvester released his Air Jordan 1 collaboration, but it looks like the BMX sensation could have something new in the works with Jordan Brand.

While promoting his new book Nigel Sylvester: Go, Sylvester previewed on Instagram yesterday a previously unseen Air Jordan 1 High collab. Based on the small glimpse at the shoes, it looks like the pair follows the same pre-distressed theme as his first Air Jordan 1 but swaps out that iteration’s sail leather upper for black. Like his first collab, this version also appears to feature a slightly misaligned Swoosh logo, a pre-yellowed midsole, and a red outsole.

Sylvester’s book Nigel Sylvester: Go is available now for backorder from Rizzoli at a retail price of $45.

As of now, there’s no confirmation from Sylvester or Jordan Brand if this pair will be releasing, but we’ll update as more details are made available.