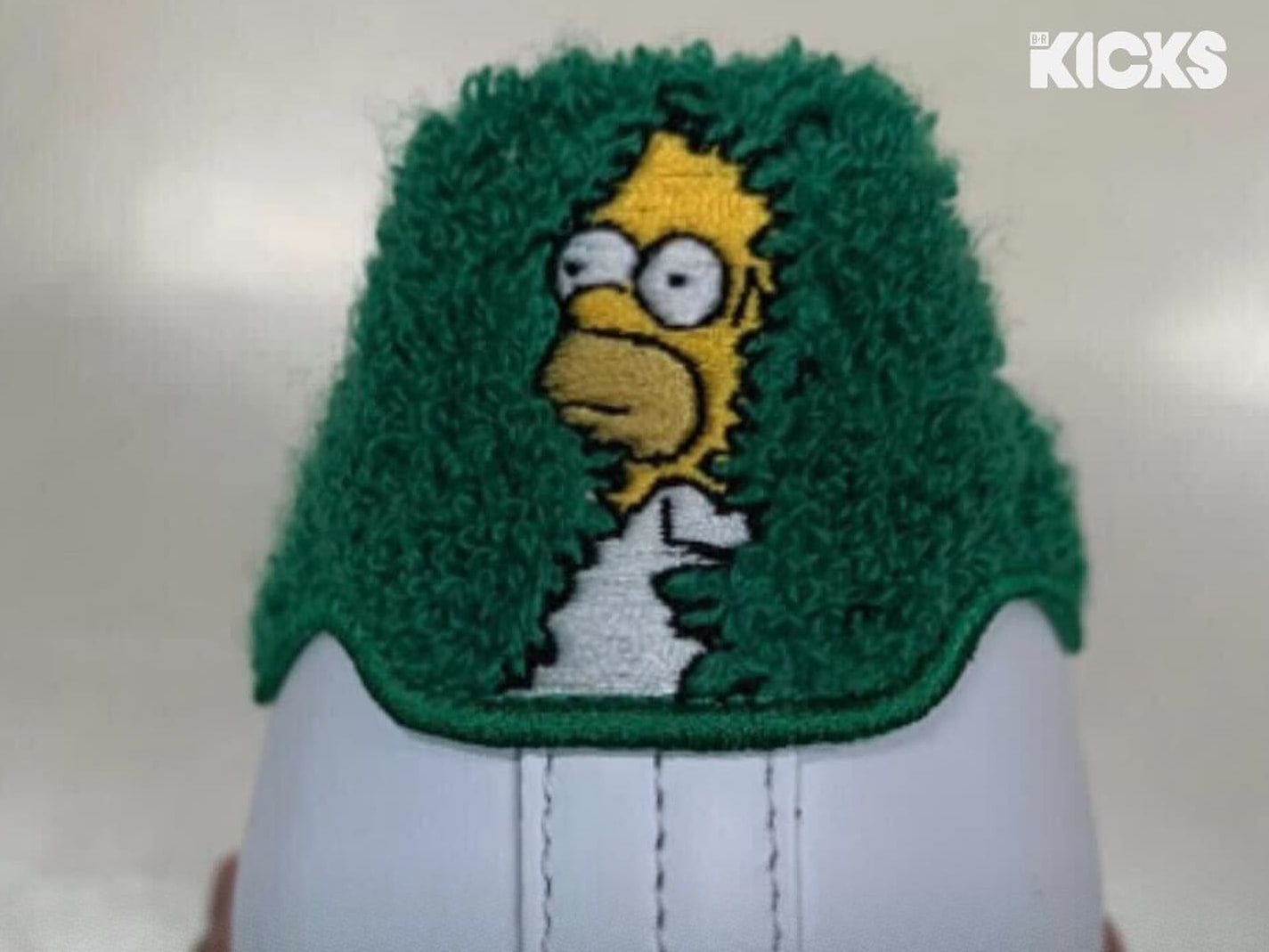 We’re only a few days removed since the “Marge Simpson” Adidas Superstar surfaced and now, another member of The Simpsons family is getting their own Adidas shoe.

Newly leaked images of the forthcoming The Simpsons x Adidas Stan Smith “Homer Simpson” collab were shared by @BRKicks today. On the opposite end of the spectrum from the aforementioned “Marge Simpson” pair, the look of this Stan Smith is fairly tame in terms of its color scheme by donning the silhouette’s traditional white and green makeup. The shoe’s standout detail is the heel tab, which calls back to a moment in the show where Homer disappears into bushes that eventually became a popular meme. This collab also features a special graphic of Homer on the tongue tag and the character’s name replacing the classic Stan Smith branding at the midfoot.

Despite an early look, release details for this “Homer Simpson” Adidas Stan Smith have not yet been announced by the brand. We’ll keep you updated if anything changes.