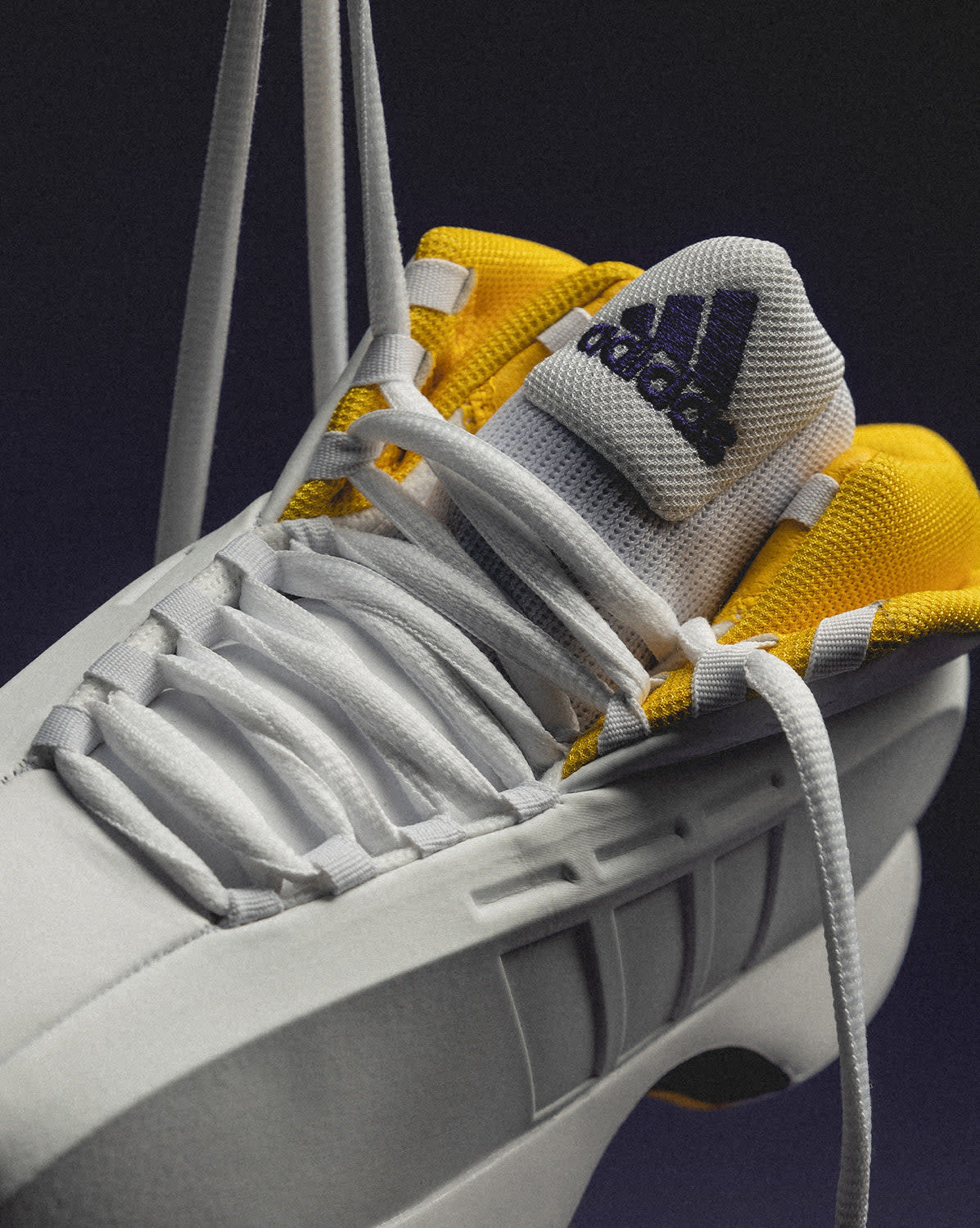 Despite last week’s recalls for the “Sunshine” colorway due to a quality control issue, releases for the Adidas Crazy 1 are still on the horizon.

Next up for the Kobe Bryant silhouette is this “Lakers Home” colorway making its way back to retailers next week. This Lakers-themed Adidas Crazy 1 shoe was originally worn by Bryant during the 2002 NBA Finals and first hit retail in 2006. The model was initially introduced as the Adidas The Kobe in 2000 but the moniker was changed after Bryant left Adidas and inked an endorsement deal with Nike in 2003. The “Lakers Home” makeup features a white-based color scheme, with purple and gold trim covering the sock liner, the tongue, and the tooling.

According to sneaker boutique Asphalt Gold, this “Lakers Home” Adidas Crazy 1 retro starting on Nov. 11 at Adidas.com and at select Adidas retailers for $140.