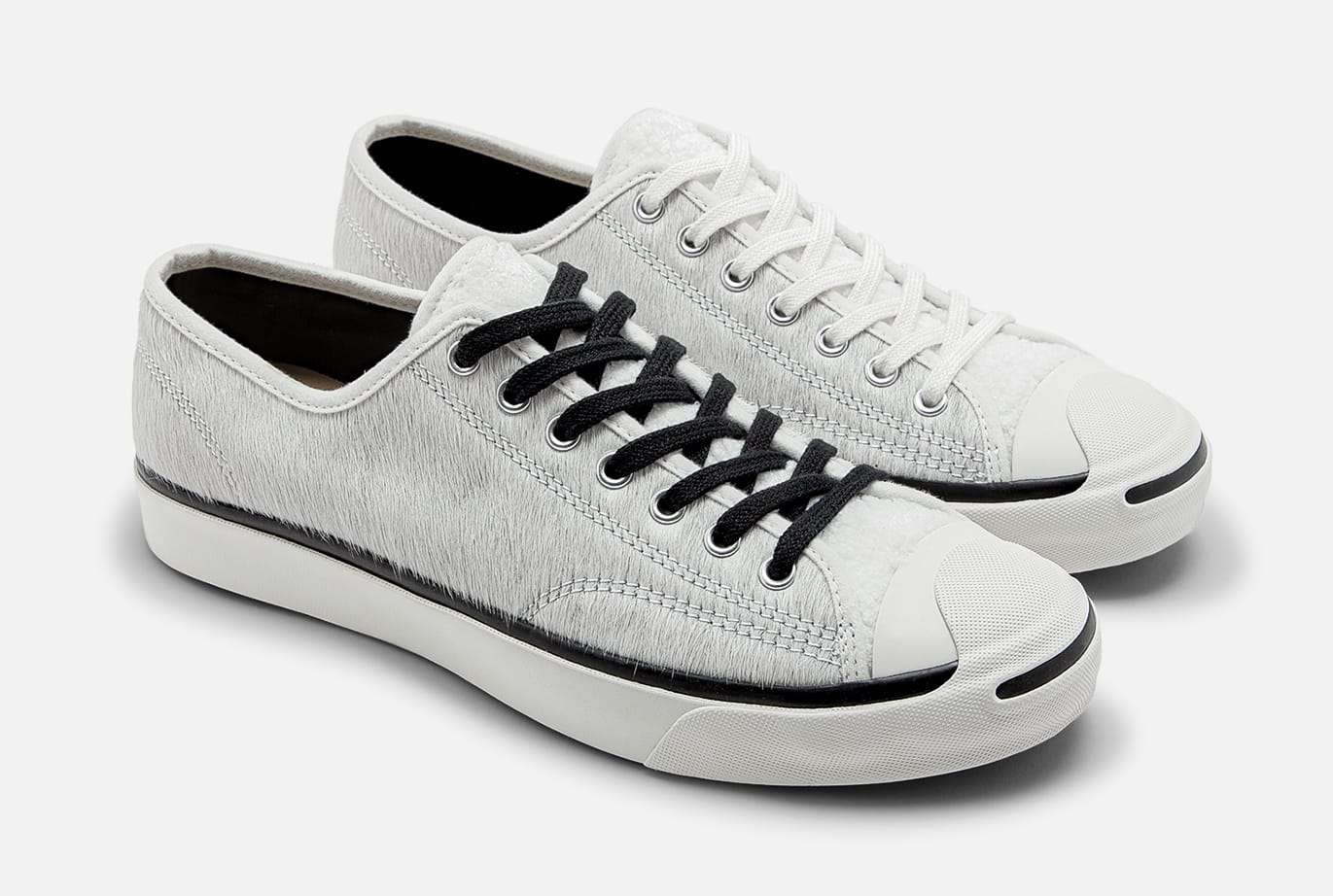 We’re only a few weeks removed from the release of its Jordan Delta 2 collab and now, Clot has another sneaker project in the works. This time, the Hong Kong label is dropping a two-shoe collaboration with Nike subsidiary Converse.

After delivering two polar bear-themed styles in 2019, Clot is now referencing the giant panda for its next set of collaborative Chuck 70 and Jack Purcell colorways. According to Clot, the panda bear is referenced for this project to highlight love, positivity, and environmental awareness. The sneakers feature a mix of real and faux fur on the panda-inspired black and white uppers while a graphic of bear paws appears on the outsoles.

“The giant panda is something that we relate to, obviously because of our Chinese heritage and culture,” Edison Chen, Clot’s founder and creative director, said. “Being able to do something to give love and gain awareness for Panda in response to WWF’s International Panda Day in China is very important and a part of the new Clot aesthetic, which is loving and trying to preserve the earth so that the future can enjoy its beauty.”

Clot’s new “Panda” Converse Chuck 70 and Jack Purcell collection will be released on Nov. 11 at Juicestoreusa.com and at Juice stores, with prices ranging between $120 and $130.