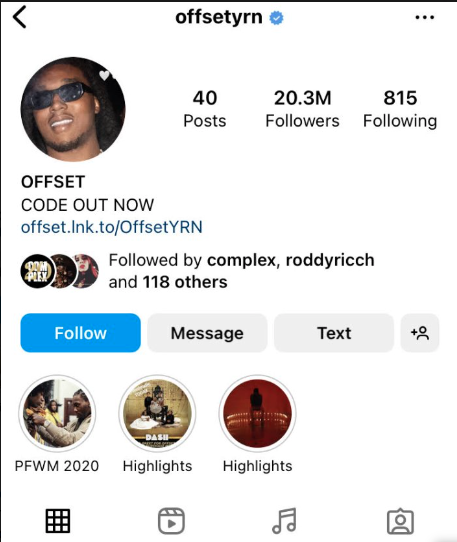 The Source |Offset Reacts To Takeoff’s Death Via Social Media

For the past two days, the Hip Hop community has been mourning the murder of Kirshnik Khari Ball aka Takeoff, one third of the ATL-based, Grammy Award winning group the Migos. Many celebs, including athletes, political figures and Hip Hop artists expressed their sorrow and grief about the loss of the youngest member of the Migos, but none have been more painful than those closest to him.

Until now, Takeoff’s cousin Offset’s reaction to his death has been unseen, with the 30-year-old making a picture of Takeoff the profile image on his IG page. He has yet to release a statement or comment on his younger cousin’s death, but fans have been sending their heartfelt condolences to Offset during this tragic time as well as offering the suggestion to reconcile with Quavo.

Police have now been actively seeking out the shooter and urging witnesses who were present at the bowling alley on that fateful Halloween night to come forward and give any information that will lead to an arrest.