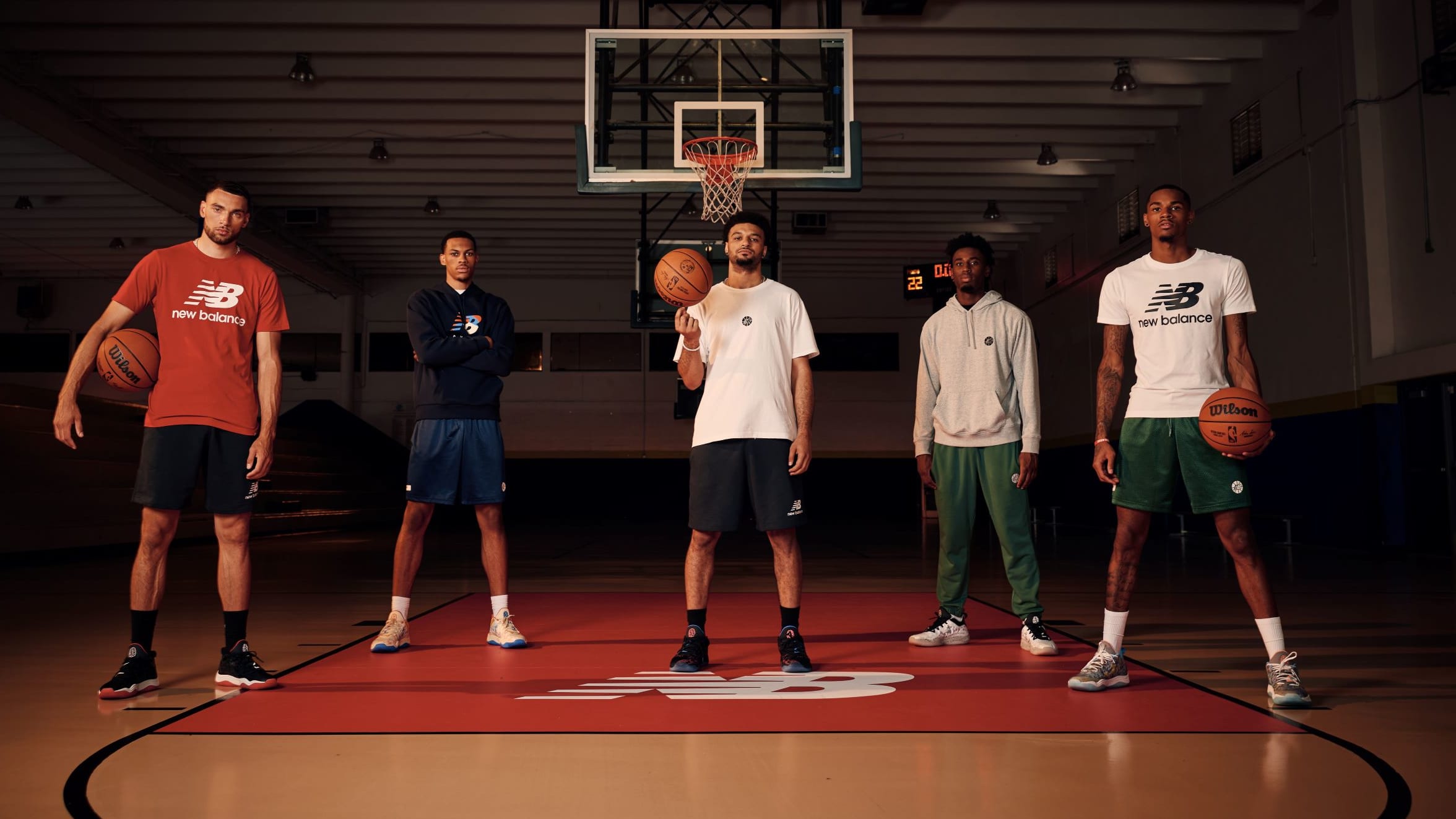 Since getting back into the performance basketball business in 2018, New Balance’s signature player has been Kawhi Leonard, but the brand is looking to a younger crop of stars as the faces of its latest model.

Picking up where last summer’s Two Wxy V2 left off, the New Balance Two Wxy V3 uses a similar tech setup with a FuelCell foam midsole combined with more Abzorb segments at the heel and forefoot. Up top, the upper has been fully overhauled with textured synthetics and a new lacing system that incorporates the lateral “N” logo for support.

“The Two Wxy V3 is truly built with our athletes in mind and inspired by the continued evolution of who they are on and off the court,” New Balance Basketball GM Trent Casper said. “We’re thrilled to deliver best-in-class technology for a shoe that includes lightweight stability and bold design, which is grounded in how our players are wired differently.”

The model debuts today in a “Cerebral” colorway (pictured below), the Two Wxy V3 will also see releases tied to Jamal Murray’s Jamaican roots and LaVine’s Chicago ties as well as a “Stonecutters” pair for Dejounte Murray.

The New Balance Two Wxy V3 is available now from newbalance.com and select basketball retailers for $120, a $10 decrease from the Two Wxy V2.