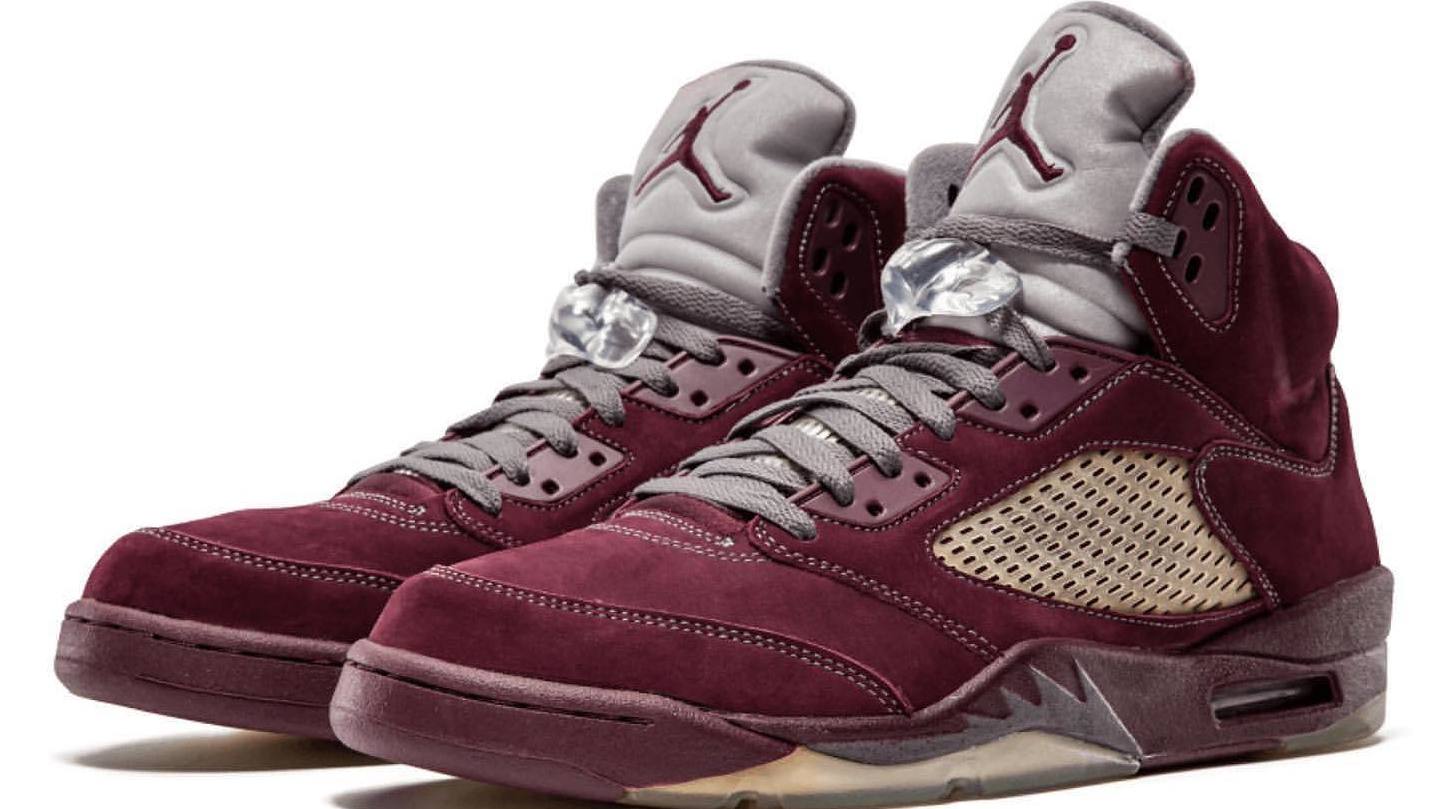 It appears that a popular Air Jordan 5 retro from the mid-2000s could be receiving a reissue in 2023.

Per trusted leaker account of early sneaker release info @zSneakerheadz, that pair is the “Burgundy” Air Jordan 5 and the release is scheduled to take place in September. No leaked images of the rumored 2023 retro exist yet, but the shoe is expected to be an exact reproduction of the original 2006 release. The ‘06 version of the shoe shown above features a premium burgundy nubuck upper and is offset by a silver tongue and grey shoelaces. The dark red hue also appears on the midsole while an icy blue outsole sits below.

According to @zSneakerheadz, the “Burgundy” Air Jordan 5 retro will hit retail on Sept. 9, 2023 barring any unexpected setbacks. Check back soon to Sole Collector for an early look as well as the official release details.