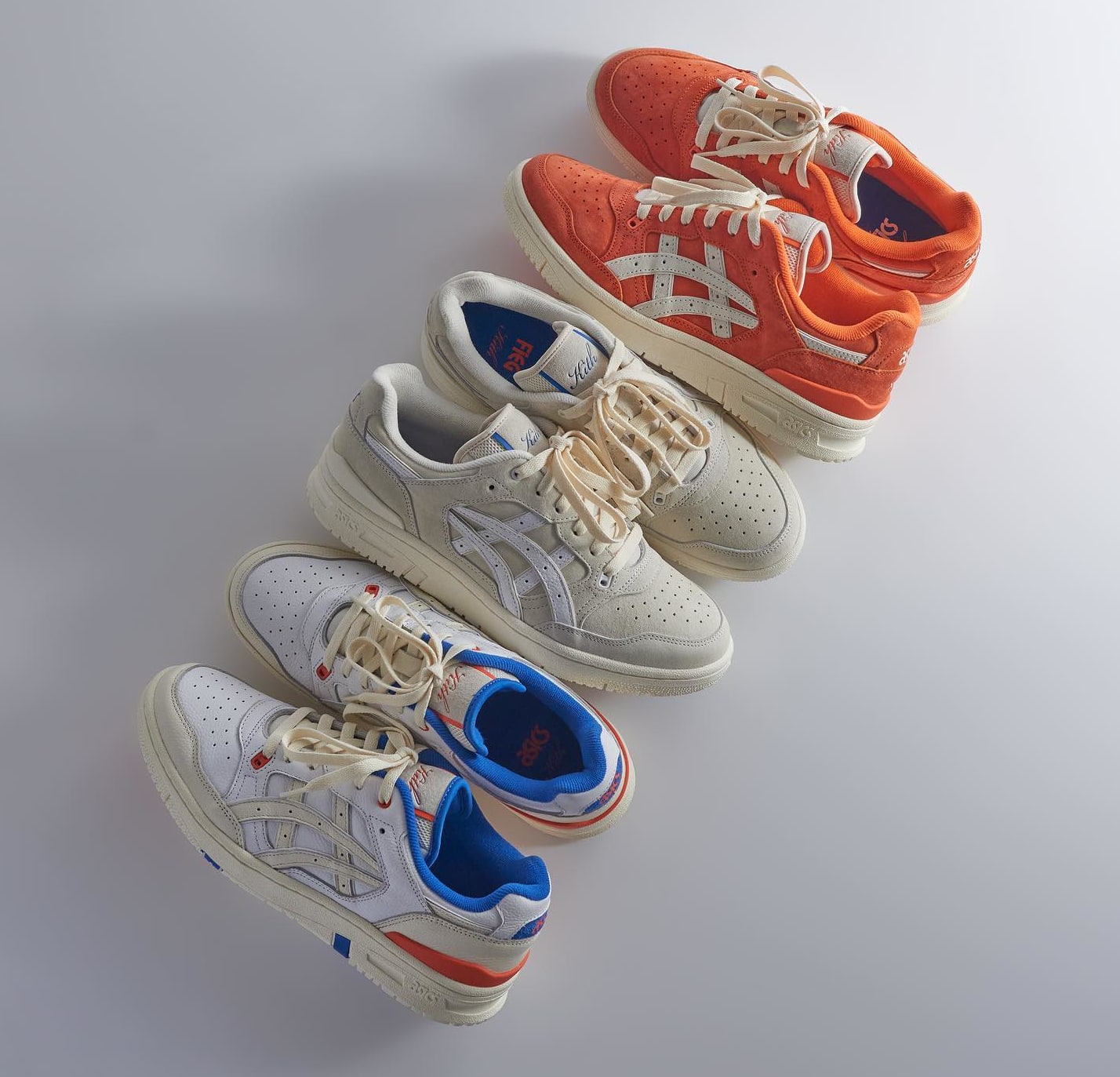 Shown here is the Ronnie Fieg x Asics EX89 collab, two of which are heading to retail on Monday. According to Fieg, this low-top performance basketball model was originally named the Gel-Extreme when it debuted in 1988. Like many of the past Ronnie Fieg x Asics projects, the colorways reference the New York Knicks team colors. There’s a predominantly orange suede pair along with a white-based makeup that’s paired with orange and blue hits. Rounding out the collection is a white leather colorway, which will launch as a Kithstrike at a later date.

Readers who are interested at copping the  Ronnie Fieg x Asics EX89 collab can sign up now via the Kith app from now until tomorrow while remaining pairs will drop at Kith.com on Nov. 7. The sneakers retail for $130 each.