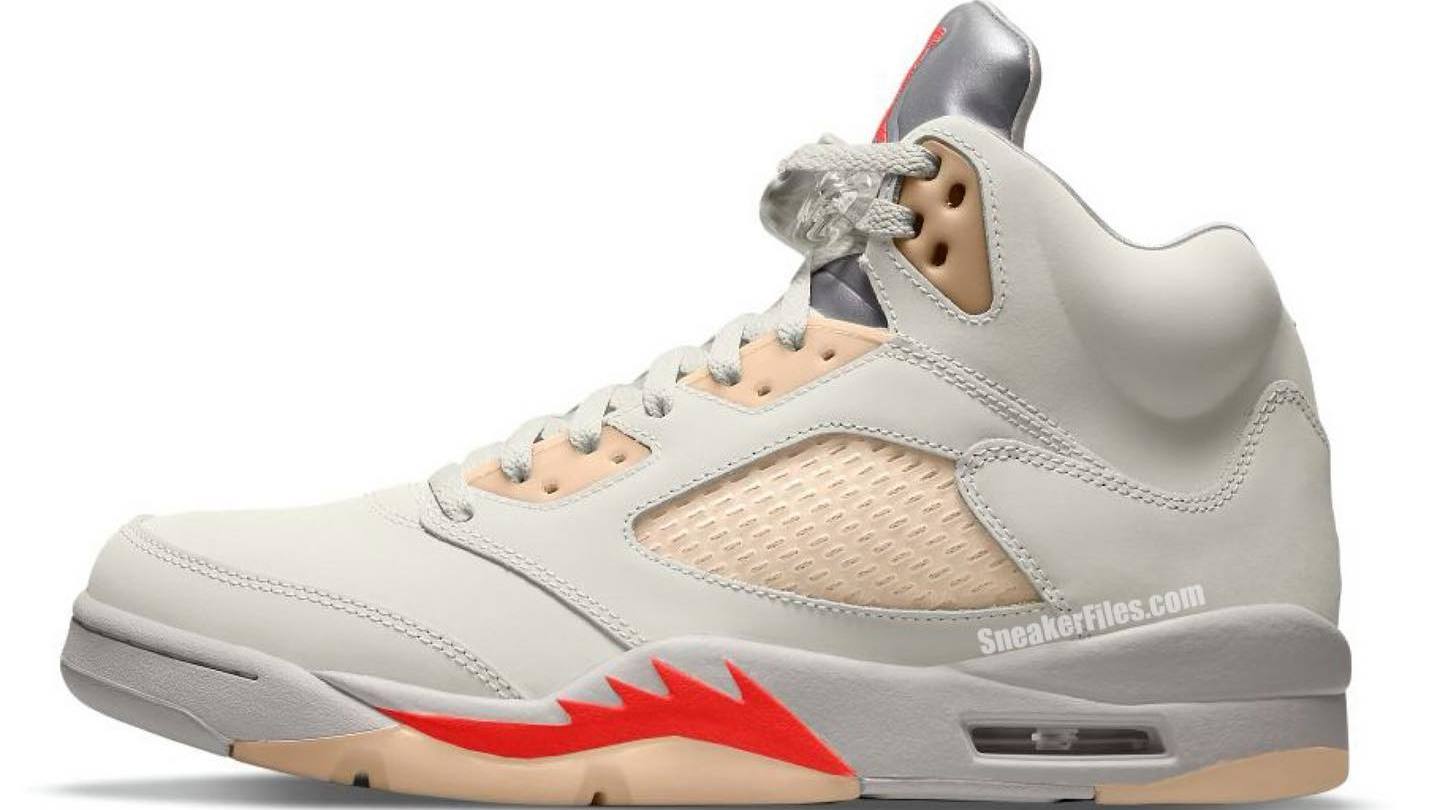 We’ve already learned that the Air Jordan 2 is releasing in two new “Craft” colorways next year, but it appears that the new series is coming to another popular Air Jordan model.

According to @zSneakerheadz and Sneaker Files, the “Craft” Air Jordan 5 will hit retail on June 17, 2023. There is no imagery at the time of writing, but the leakers have shared a mockup depiction of the forthcoming retro. The “Craft” Air Jordan 5 is expected to don a sail-based upper, with aged hits on the eyelets and on the mesh netting at the midfoot. The style will also feature bright orange hits on the tongue’s Jumpman branding and on the midsole’s shark teeth design.

As of now, Jordan Brand has not yet confirmed the release of the “Craft” Air Jordan 5. Check back soon to Sole Collector for new developments including a first look in the months ahead.