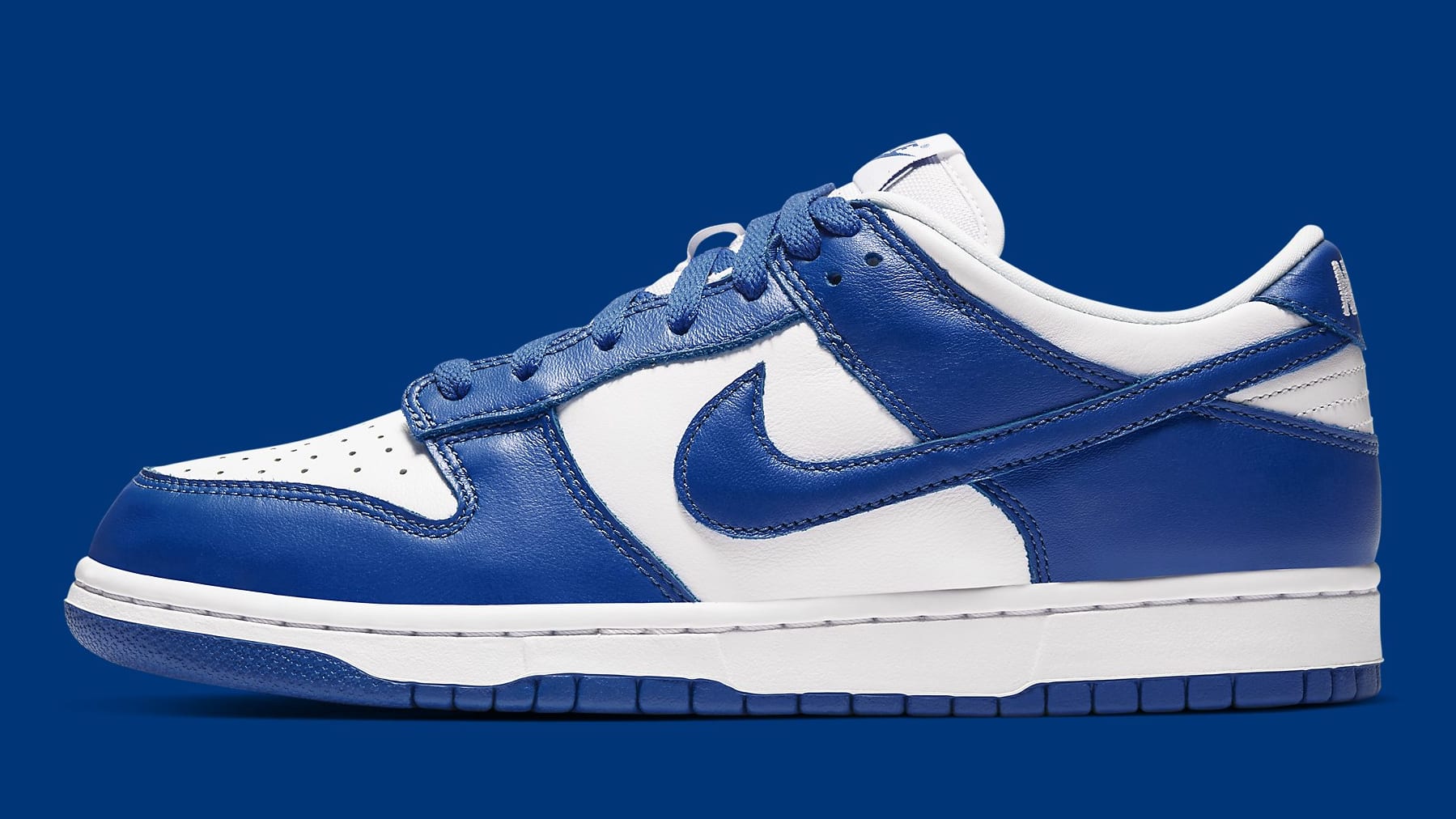 Previewed in recent weeks by John Calipari, John Wall and Devin Booker, the “Kentucky” Nike Dunk Low is heading to retail ahead of this year’s NCAA Tournament.

The “Be True To Your School” classic returns in low-cut form, boldly sporting the Wildcats-inspired palette of white and royal blue. Consistent with the OG high-tops, no official school logos or markings appear on the shoe.

A release date hasn’t officially been announced, but that information should be coming down soon. Stick with Sole Collector for updates moving forward.

UPDATE (11/08/22): It’s been over two years since Nike reissued the “Kentucky” Dunk Low, and now, the popular style is returning to retail this month. The Swoosh confirmed on SNKRS that “exclusive access” will be sent to select users on both Nov. 9 and Nov. 16. The one caveat is that the offers will only go to members who have entered and lost at least 25 different Nike Dunk releases on the app.